Secessionists chase ‘rainbow Confederate’ out of the closet with 'salacious' rumors 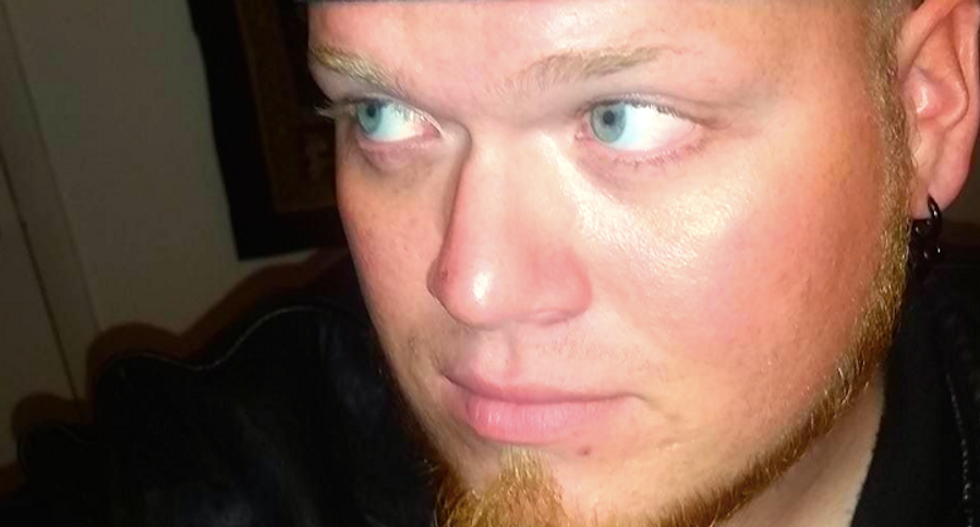 The founder of the South Carolina Secessionist Party has decided to publicly address "salacious" rumors about his sexuality after receiving threats from other pro-Confederate group members.

James Bessenger said he's been out as a gay man since he was 18, but he said that hasn't stopped him from participating in Southern heritage groups and actively promoting South Carolina's secession from the United States, reported The Post and Courier.

“This fact has not hindered me from founding, organizing and leading South Carolina’s most open and active Confederate heritage support organization,” Bessenger said in a statement Monday. “The idea that all homosexuals have gone wholesale over to the idiocy of the liberal and politically correct left is a myth. I hope that this will help to dispel this myth.”

The Donald Trump supporter lashed out at anyone who might try to label him with his sexuality.

“I have no doubt that the term ‘rainbow confederate’ will be thrown around in response,” Bessenger said. “To those individuals I say only this: You say that like it’s a bad thing.”

Bessenger describes his group as "a grass-roots organization with the goal of restoring honor, integrity, tradition and Sovereignty to the State of South Carolina through political activism and the electoral process."

He said the group's goals are similar to the Libertarian Party on many policy issues, with the exception of immigration and other unspecified issues he identified under the catch-all "etc."

Bessenger generally shies away from discussing his views on race in interviews, but he insists that Confederacy supporters are not uniformly racist, xenophobic or homophobic -- even though he begged for their continued support in his statement.

“There are those within the heritage defense community who will not accept this and those who will have their own less than favorable opinions of it,” Bessenger said in the statement. “To those people I say this: When you are losing a battle for the preservation of your history and the honor of your ancestors, can you afford to turn away those who would stand beside you?”

Bessenger shifted the party's focus from politics to heritage after the fatal shootings of nine black worshipers in June 2015 by a white supremacist in Charleston.

The group, which was founded in April 2014, has held statehouse rallies supporting the display of the Confederate flag, which was taken down over the state capitol following the Emanuel AME Church massacre.