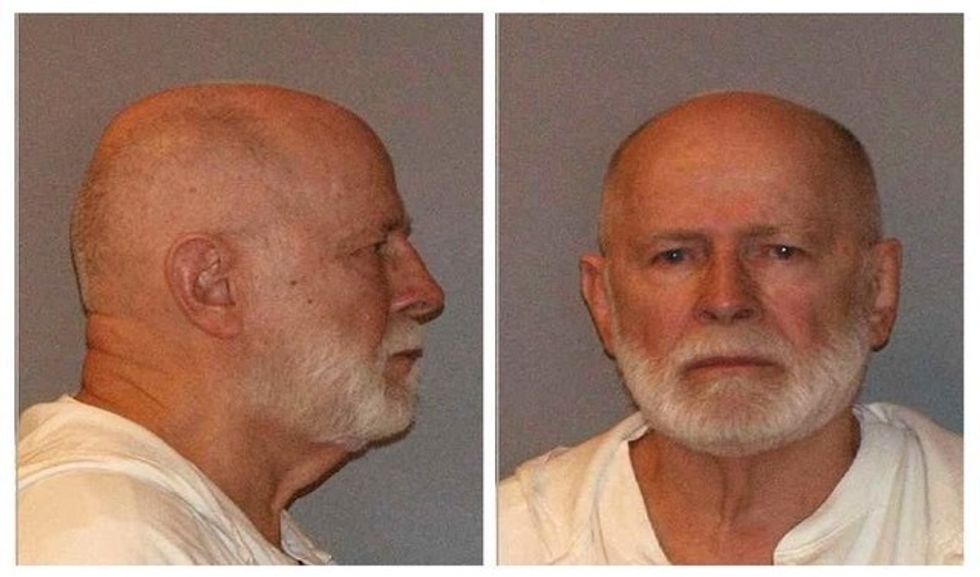 Former mob boss and fugitive James "Whitey" Bulger, who was arrested in Santa Monica, California on June 22, 2011, is seen in a combination of booking mug photos released to Reuters on August 1, 2011. REUTERS/U.S. Marshals Service/U.S. Department of Justice/Handout

The U.S. Supreme Court on Monday declined to hear former Boston mob boss James "Whitey" Bulger's appeal of his 2013 conviction for committing or ordering the murders of 11 people, leaving the 87-year-old to spend the rest of his life in prison.

His lawyers contend that Bulger, who ruled over Boston's underworld in the 1970s and 1980s, was denied a fair trial because the judge prevented him from testifying that a now-dead former U.S. prosecutor gave him immunity for his crimes in exchange for protection.

Bulger is serving a sentence of life in prison without possibility of parole at a federal penitentiary in Sumterville, Florida. The Boston-based 1st U.S. Circuit Court of Appeals in March upheld Bulger's convictions on 31 of 32 criminal counts he faced in his racketeering trial, including 11 murders, extortion and drug offenses.

He fled Boston in 1994 after being tipped off by a corrupt FBI agent that his arrest was imminent. He spent 16 years on the lam, most of them listed atop the FBI's "Ten Most Wanted" list before agents caught up with him hiding in a seaside apartment in Santa Monica, California.

Bulger's two-month trial shone a harsh light on a troubled time for Boston law enforcement, when corrupt members of the Federal Bureau of Investigation and Justice Department who shared his Irish-American heritage turned a blind eye to his murder and mayhem in exchange for information they could use against the Italian-American Mafia.

But the former head of the "Winter Hill" gang denied throughout his trial that he ever provided the FBI with any tips on rival gangsters, insisting that he paid agents for information while providing none of his own in return.

Indeed, his lawyers spent much of their energy at his trial in trying to prove that Bulger had not been an informant, which would not be a criminal offense but the former head of the "Winter Hill" crime gang viewed as a grave dishonor.

Bulger claimed he had been given immunity by former federal prosecutor Jeremiah O'Sullivan, an argument that U.S. District Judge Denise Casper blocked him from making, noting that no valid immunity deal would have allowed him to continue to commit murder. O'Sullivan is now dead.

Several of his former associates, including Stephen "The Rifleman" Flemmi testified against their former boss.

"Black Mass," a book on Bulger's rise to power and eventual flight, was turned into a 2015 film starring Johnny Depp as the gangster.

(Reporting by Scott Malone; Editing by Will Dunham)