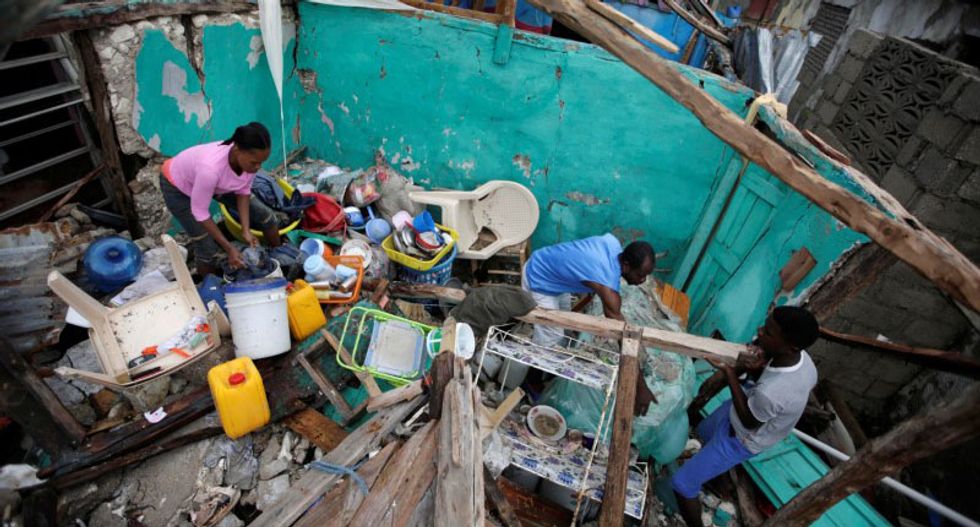 Health officials in Haiti on Thursday said they were preparing for a likely surge in cholera cases in the wake of Hurricane Matthew which severely damaged water supplies and sanitation systems in the Caribbean nation.

The fiercest Caribbean storm in nearly a decade has killed at least 140 people, most of them in hardest-hit Haiti where rescue workers were struggling to reach remote areas due to flooded roads, collapsed bridges and power outages.

"Due to massive flooding and its impact on water and sanitation infrastructure, cholera cases are expected to surge after Hurricane Matthew and through the normal rainy season until the start of 2017," the Pan American Health Organization (PAHO) said in a statement.

Even before the storm hit Haiti this week, the impoverished nation was struggling to stem the water-borne disease.

Infection is caused by drinking and using contaminated water that triggers diarrhoea and vomiting and can cause severe dehydration which if not treated quickly can be fatal.

Children are particularly at risk, the United Nations' children's agency (UNICEF) has warned.

"Water-borne diseases are the first threat to children," UNICEF said this week. "Our first priority is to make sure children have enough safe water."

This year, more than 27,000 suspected cases of cholera have been reported in Haiti, an estimated one-third among children, UNICEF said.

Fewer than one in five people in Haiti's rural areas has access to proper sanitation, and 40 percent of Haitians use unsafe water sources, according to UNICEF.

"It is feared that the hurricane will worsen an already precarious situation," UNICEF said.

In the wake of the storm, nine of Haiti's 15 main hospitals are up and running, according to PAHO, which serves as the World Health Organization's (WHO) regional office for the Americas.

"In these areas, usually with poor access to water and sanitation, where there are high attack rates and high case fatality rates, PAHO will implement targeted interventions to minimize the surge in cases of cholera," PAHO said.