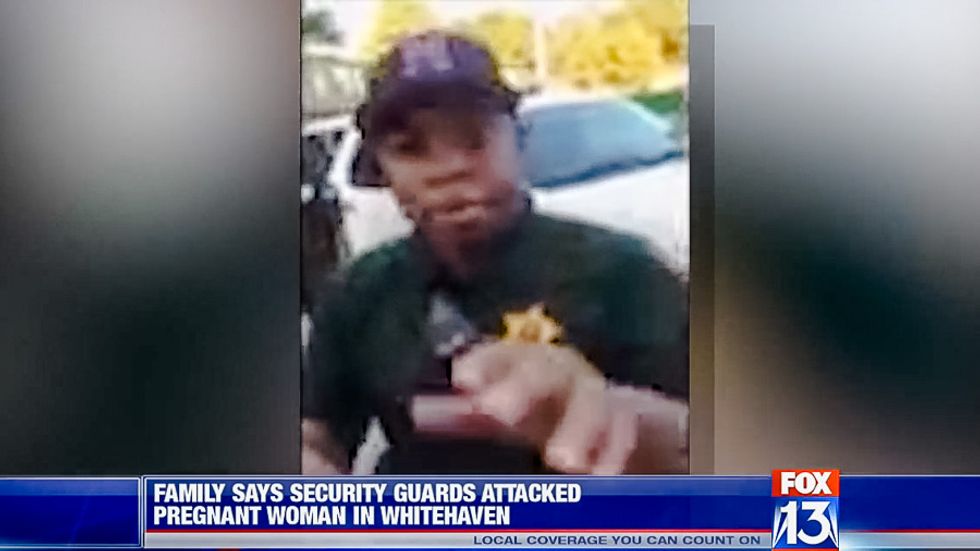 A Memphis family is demanding answers after a security guard allegedly used pepper spray and physical force on a pregnant woman while her apartment was on fire.

Camri Denton told WHBQ that a security guard at Bent Tree Apartments ordered her to leave the scene of the fire, but she said she had nowhere to go because it was her apartment that was burning.

She said that she began recording with her cell phone when the confrontation became heated.

Denton said that the guard then "snatched me up by my wrist."

"He almost broke it," she recalled. "After I'm two to three months pregnant. And they slammed me against the wall. They put me in handcuffs, and the female pepper sprayed me."

The family said that it was not the first time the security guard has caused problems, and they questioned whether he was a licensed security guard or if he was certified to carry a weapon.

The name of the security guard had not been released by the time of publication.

Watch the video below from WHBQ.