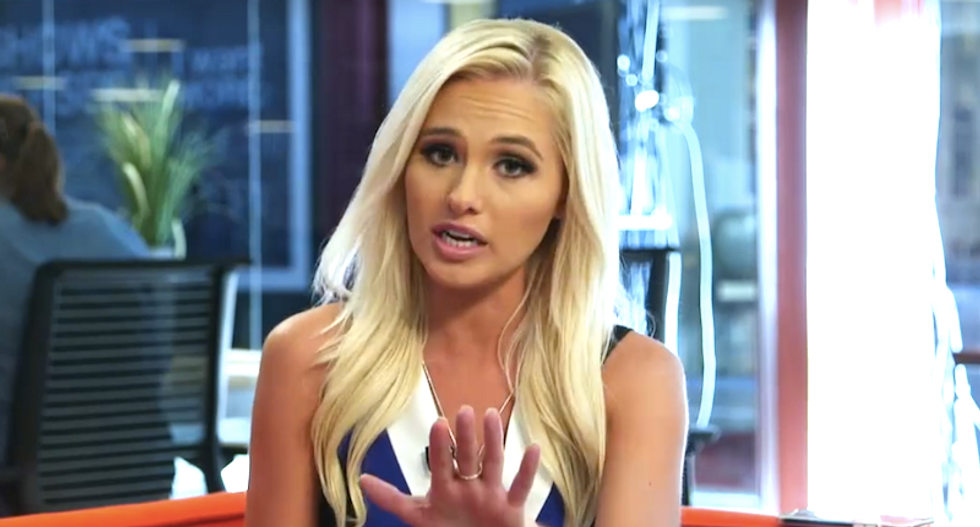 John Guandolo, who was dismissed from the FBI for ethical violations and other improper conduct, claimed domestic civil rights activists are colluding with Muslim extremists and "the hard-left Marxist movement" because foreign Black Lives Matter groups had protested racism in their own countries.

"Black Lives Matter has done things like block Heathrow Airport, they've done things overseas in Europe," said Guandolo, who pushes his anti-Muslim views in training sessions with local law enforcement and clergy members. "So this is not just a local, Charlotte, Ferguson, Baltimore issue, and it's not just a Dallas, Texas, -- (where) five police officers were killed, I think 11 were shot."

He said civil rights groups and terrorist organizations were conspiring to "topple governments" in the United States and Europe by protesting the police killings of black Americans.

"The first objective is to create the environment that creates the chaos in bringing this movement to a head," Guandolo said.

He said most Americans are unaware of the conspiracy, which is apparently so complex that it takes him three days to explain his theories to law enforcement officers.

"It's not a conspiracy theory," Gunadolo insisted. "When you look at the evidence of what's actually happening, who the organizations are, who the leaders are, why they're doing what they're doing -- we have an insurgency in the United States that's being led primarily through the global Islamist movement, the Muslim Brotherhood."

Lahren paused to warn viewers that Muslims worldwide wanted to destroy all institutions that were not founded on Islamic ideals, and she asked Guandolo to tie that foreign menace to black rioters "burning our cities."

Guandolo blamed the communists, who he said were funding all these groups with the backing of billionaire philanthropist George Soros.

"Right, and what is he about? He's about toppling the United States government," Guandolo said. "You look at the leaders of this hard-left movement, what are they about? They're about overturning our government."

According to Guandolo, the conspiracy goes all the way to the top.

"I mean, even the president of the United States said, 'I'm going to fundamentally change America,'" he said. "And look at where we are, seven and a half years later."

Lahren conceded that not everyone who attends a Black Lives Matter protest is actively trying to foment a Marxist revolution, and some of them simply believe they're "social justice warriors" who are doing the right thing -- but they were unwitting pawns of darker forces at work.

Both she and Guandano agreed that college students who protested Palestinian oppression were aiding terrorist groups, most of them unwittingly, because they opposed Israeli policies.

"While you may not like their tactics, they are dealing with barbarians," Guandono said. "When you deal with barbarians, sometimes you have to hammer them down and crush them."

Guandano claimed that most of the 3,000 mosques in the U.S. were controlled by jihadis, and Lahren suggested more pressure was needed to weed out potential terrorists -- even though she concedes most Muslims who worship there are peaceful and law-abiding.

"There had to be someone within that mosque who knew something, but they're not speaking up," Lahren said. "Why aren't they speaking up? Hillary Clinton can't answer that question."

Guandono said Clinton was either "too stupid" to understand the threat he's warning about or she's actively involved in the plot.

Lahren said the president had whipped up racial hysteria, which had ensnared young demonstrators whose "hearts are in the right place," and left them vulnerable to manipulation from foreign agitators.

"I see the outside networks taking a look at what we have here and finding a way to exploit it," Lahren said. "To find a way to look at people that need a sense of belonging, people that need something to fight in the name of, and it's an enemy, a common enemy, and I see them taking advantage of it. I see it in our cities, when I see Charlotte burning, when I see Milwaukee burning, when we see what happened in Orlando and San Bernardino -- and to me, you're right. They are all connected."

Republicans are increasingly ready for violence: We look away at our peril

Today's Republicans appear to have a bottomless appetite for violence and destruction. It's important to understand that Donald Trump did not create that appetite — although he fed it, encouraged it and shares it.

In his capacity as political cult leader, Trump exemplifies what psychologists describe as "the dark triad" of human behavior: Machiavellianism, narcissism, and psychopathy. His followers idolize and worship him, and all too often seek to imitate his antisocial and pathological behavior.