Vatican tells Catholics not to scatter ashes of the dead 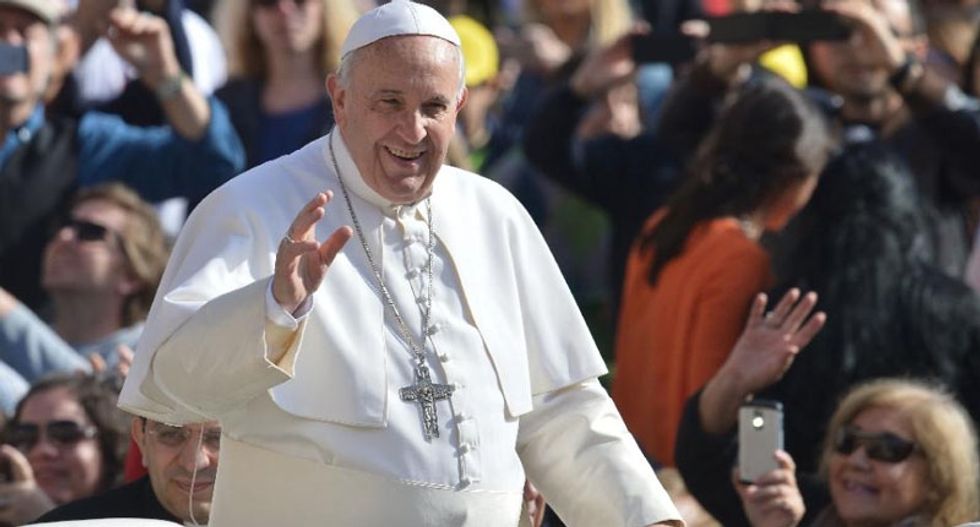 Pope Francis greets the crowd as he arrives for his general audience in St Peter's square in the Vatican on April 1, 2015 (AFP Photo/Alberto Pizzoli)

The Vatican on Tuesday urged Catholics not to scatter the ashes of the dead after cremation and instead to store them in places approved by the Church.

The new guidelines published by the Church also say that the ashes of the dead should not be kept at home but should instead be kept at a cemetery or other sacred place.

Doing so reduces "the risk of shielding the dead from prayers for them and the memory of their family and the Christian community", German cardinal Gerhard Ludwig Mueller, the prefect of the doctrinal watchdog, told journalists.

"We also avoid eventually forgetting (them) and the lack of respect which can happen, especially after the passing of the first generation," he said.

"Conserving ashes in a home is not authorised," Mueller said.

The Vatican first gave permission for cremation in 1963.

The new guidelines come just in time for "All Souls' Day" on November 2 when the faithful typically pray for the dead.

"The body is not the private property of the family. A dead person is a son of God. It is part of the body of Christ, it is part of God's people. It's for this reason that there is not only private rites for the deceased but it's a public ceremony," said Mueller.

Bishops will however be able to authorise exceptions to the new guidelines "in serious and exceptional circumstances linked to local customs and practices".

The new rules also prohibit the scattering of ashes at sea, said Mueller.

But the guidelines will not be applied retrospectively to the relics of saints whose remains have been preserved over the centuries "to avoid provoking a war between believers", according to one of Mueller's aides.

Cremations have become increasingly popular since the Vatican order to allow them was issued a half century ago.

The Vatican has said that cremations "do not touch the soul" and do no "prevent the all powerful God from resurrecting the body".