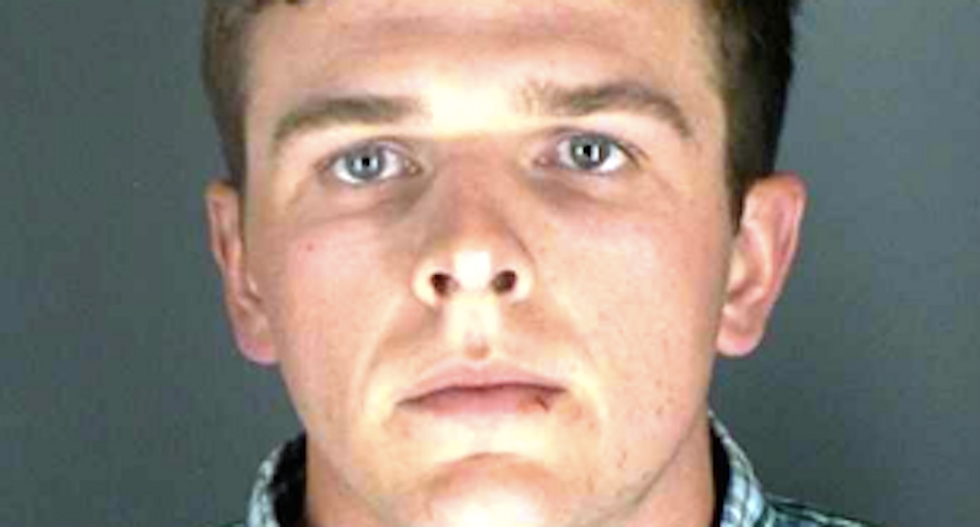 An Air Force cadet avoided a possible prison term by accepting a plea agreement Tuesday in a campus rape case.

Jack Warmolts pleaded guilty to second-degree assault and unlawful sexual contact three weeks before he was scheduled to stand trial on two counts of sexual assault, reported the Daily Camera.

The 22-year-old Warmolts, who is still enrolled at the U.S. Air Force Academy, was accused of sexually assaulting a woman April 19, 2015, while drinking with a group in the University Hill neighborhood of Boulder, Colorado.

Warmolts told investigators they had consensual sex, but a sexual assault nurse said the woman suffered injuries that disputed those claims.

The woman, who has since moved away and was not present when Warmolts pleaded guilty, said she was disappointed the case had not gone to trial.

"I cannot deny I feel small and silenced by the plea bargain process," the victim said in a letter read in court by her attorney. "I was ready and committed to showing up to that arena... I felt powerful and I had purpose."

The woman said she had prepared to testify for months, and she wanted Warmolts to face a jury.

"I wanted justice, and justice for me was far more than hearing 'guilty,'" the victim wrote. "I wanted 12 people to make a decision about his actions."

As part of the plea agreement, Warmolts will spend one year in the Boulder County Jail and then 10 years on sex-offender intensive supervised probation.

Mark Ryerson was convicted last October of sexual assault after raping a fellow cadet at a party, and he was sentenced to six months in jail and 10 years of probation.

A former University of Colorado student, Austin Wilkerson, also avoided prison after he was convicted of sexually assaulting a helpless victim and unlawful sexual contact.

The 22-year-old Wilkerson was sentenced in August to 20 years to life on probation and two years in the Boulder County Jail that will permit him to leave during the day to work or attend classes, and then return to jail at night.

Boulder District Attorney Stan Garnett said his office considered Warmolts' willingness to accept responsibility for his actions before entering the plea agreement, but his victim said she was not convinced.

"His words are weightless to me," she wrote. "You cannot bargain or barter the truth."