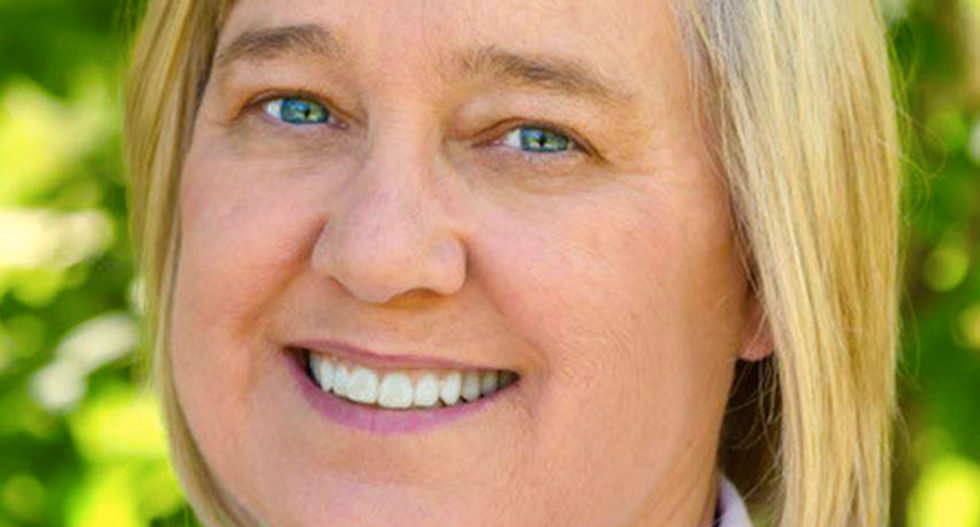 A Montana Supreme Court candidate is apparently still angry that she was unable to kill a sex column in a student newspaper seven years ago.

High court nominee Kristen Juras, a law professor at the University of Montana, revived the controversy earlier this month in a Facebook post that inaccurately linked the column's demise to a federal investigation into the handling of sexual assault cases by the university, reported the Montana Standard.

She then posted a bizarre video of herself explaining the controversy in a song set to the tune of Dr. Hook and the Medicine Show's "Cover of the Rolling Stone."

Juras pressed the university to discontinue the sex advice column, which was written by a student and published by the Montana Kaimin during the spring 2009 semester, because she did not feel its content -- which she believed promoted "a hook-up culture" -- was appropriate for students.

She asked the university's president and the dean of the journalism school to discontinue the column, which she claimed had been rejected for publication by "all of the major newspapers" -- although it was not syndicated and not available for republication.

"There were articles on how to perform oral sex, better positions than missionary," Juras told the Standard. "It was never a question of can you publish an article on oral sex in the Kaimin – of course you can. The question is should you. I was not at all opposed to some column on sex, obviously it's a relevant topic to college students."

Juras said she brought up the seven-year-old controversy because she had been asked about it during her Supreme Court campaign, and she claimed in the post that the column was discontinued in the wake of the U.S. Department of Justice investigation of sexual assault and harassment complaints by the university.

In fact, the column was discontinued in 2009, when its author graduated, but a sex column has existed in some form in the newspaper since then.

Bess Davis Pallares, who wrote the column as a student, said she was disturbed by Juras' understanding of consent.

"Montana doesn't need another judge who conflates consensual sex and rape," Pallares said. "It's very important to me that people understand the timeline there and to just be reminded that a column about consensual sex has absolutely nothing to do with rape culture on campuses."

The Kaimin's current editorial board issued an editorial urging voters to choose "anyone but Juras" for the Supreme Court seat.

"Her claims signify a level of cognitive dissonance extremely concerning for a Supreme Court candidate," the editorial board wrote. "That a law professor would take such significant offense to a fairly tame sex column, then use it as a rallying point in her campaign for public office is disconcerting."

The executive director of the Student Press Law Center said he was disturbed by Juras trying to spike the column and then making inaccurate claims about years later in a lighthearted video in the midst of a political campaign.

"Silencing a newspaper columnist is a matter of serious gravity, and to treat it like it's a joke isn't much of a reflection of judicial temperament," said Frank LoMonte, the executive director.

Watch Juras sing about the controversy in this video posted online by MT Cowgirl: