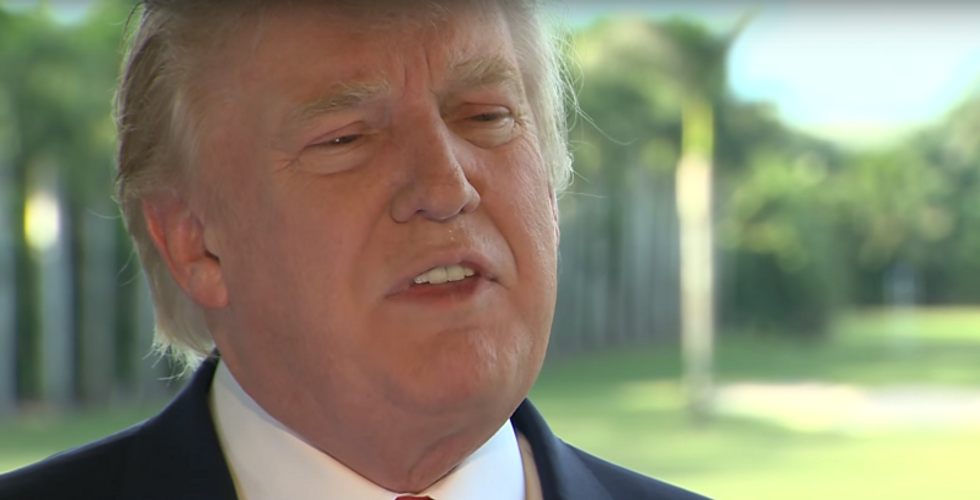 Donald Trump has said in the past that he wants to change our country's libel laws to make it easier for people like him to sue critical media outlets -- and now we have a better idea of what he's considering.

Per LawNewz, Trump this week told Miami-based television station WFOR-TV that he wants to change our libel laws so they're a lot more like the ones in England that allow people to more easily sue media outlets for publishing or broadcasting false information.

"Well in England they have a system where you can actually sue if someone says something wrong," he said. "Our press is allowed to say whatever they want and get away with it."

Trump then bizarrely tried to tout himself as a champion of the free press, even though he had just said that media outlets should get sued if "someone says something wrong."

"I’m a big believer tremendous believer of the freedom of the press," he said. "Nobody believes it stronger than me but if they make terrible, terrible mistakes and those mistakes are made on purpose to injure people. I’m not just talking about me I’m talking anybody else then yes, I think you should have the ability to sue them."

What makes this so strange is that public figures already can sue media outlets if they can prove that false information was printed with either malice or reckless disregard for the truth. What Trump seemed to have been calling for earlier, however, was a looser standard that would apply to any incorrect information, regardless of whether it was published with intent to harm.

Later in the interview, Trump fumed that the government couldn't force media outlets to publicly apologize to him for getting facts wrong.

"Over here they don’t have to apologize," said the candidate who has never once apologized for getting something wrong during his whole campaign. "They can say anything they want about you or me and there doesn’t have to be any apology."