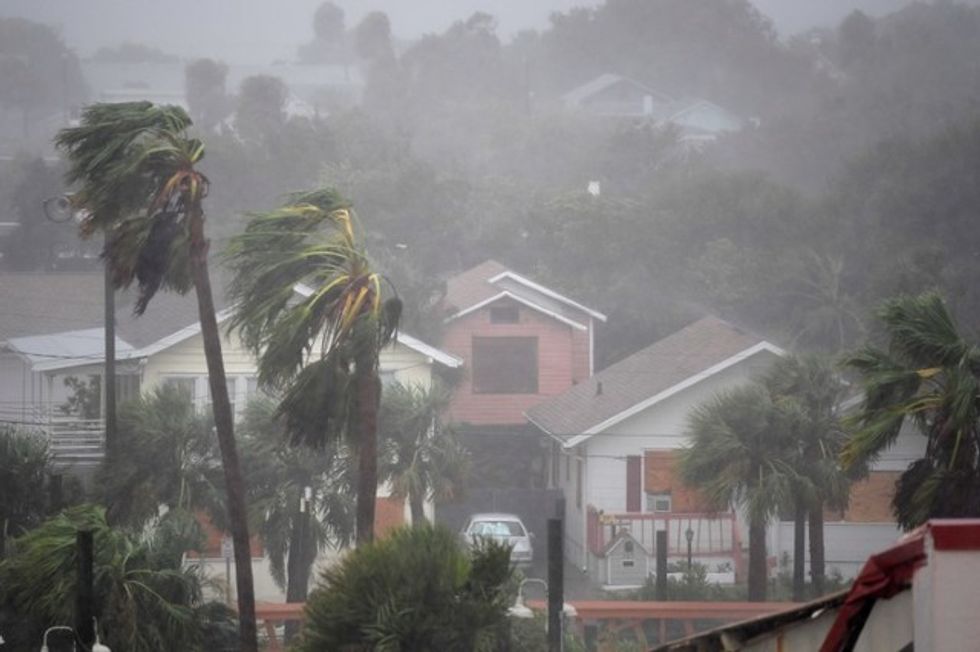 Hurricane Matthew slammed into North Carolina and Virginia on Sunday, packing a diminished yet still potent punch as it caused major flooding and widespread power outages along the U.S. Atlantic coast after killing hundreds in Haiti.

Now weakened, the most powerful Atlantic storm since 2007 unleashed torrential rains and powerful winds as it churned slowly north after pummeling the southeastern coast of the United States, killing at least 11 people in Florida, Georgia and North Carolina since Thursday and leaving more than two million businesses and homes without power.

Early on Sunday, the storm threatened coastal communities in North Carolina and Virginia, where flash flood warnings were issued and gusts of winds of 75 miles per hour (120 kph) were recorded.

“The wind is bending the trees to a 90 degree angle in my backyard, I've lost electrical power in my home and the rain is blowing sideways,” Frank Gianinni, a 59-year-old occupational therapist, said in an email from his home in Wilmington, North Carolina.

“Standing outside in my backyard just now, and I’m humbled by the power of nature.”

Forecasters warned that widespread flooding was possible from heavy rain - 15 inches (40 cm) was expected to fall in some areas - along with massive storm surges and high tides.

"We are looking at very significant flooding. Almost every road in the city is impassable," Virginia Beach spokeswoman Erin Sutton told the Weather Channel on Sunday from the city of almost 500,000 people that sits between Chesapeake Bay and the Atlantic Ocean.

Local and national media showed footage from throughout the region of motorists and passengers sitting and standing on vehicles stuck in rushing flood waters as crews used swift water boats to rescue the stranded. In Cumberland County, North Carolina alone, more than 500 people had been rescued by crews as of early on Sunday, the Weather Channel reported.

As of 2 a.m. EST (0600 GMT) on Sunday, the storm was about 50 miles (80 km) east of Morehead City, North Carolina, the U.S. National Hurricane Center said in an advisory. The center of the storm was set to move near or south of the North Carolina coast early on Sunday and east of the state later in the day as it weakens.

Matthew, which topped out as a ferocious Category 5 storm days before and killed at least 877 people in Haiti, has now been downgraded to Category 1.

It made U.S. landfall on Saturday near McClellanville, South Carolina, a village 30 miles (48 km) north of Charleston that was devastated by a Category 4 hurricane in 1989.

The storm was blamed for at least 11 deaths in the United States - five in Florida, three in North Carolina and three in Georgia, including two people killed by falling trees in Bulloch County, the county coroner said.

Power was reported knocked out for more than 2 million households and businesses in the U.S. Southeast, the bulk of those in Florida and South Carolina.

The storm-stricken stretch of the Atlantic Coast from Miami to Charleston, a nearly 600-mile drive, encompasses some of the most well-known beaches, resorts and historical towns in the southeastern United States. Parts of Interstate 95, the main north-south thoroughfare on the East Coast, were closed due to flooding and fallen trees, state officials said.

Roads in Jackson Beach, Florida, were littered with debris, including chunks from an historic pier dislodged by the storm, with some intersections clogged by up to a foot of standing water. Beachfront businesses suffered moderate damage.

"We rode out the storm. It wasn't this bad at our house, but here there's a lot of damage," said Zowi Cuartas, 18, as he watched bystanders pick up shattered signs near the beach.

Florida Governor Rick Scott said more than 6,000 people stayed in shelters overnight, but he appeared relieved that the state had been spared from greater harm.

"We're all blessed that Matthew stayed off our coast," he said. He predicted electricity would be restored to most without power by Sunday evening.

Streets in downtown Charleston, known for its historic waterfront architecture, were flooded to the tops of tires on some parked cars, and a few residents could be seen wading near the city's sea wall as high tide approached.

Some 8 inches (20 cm) of rain fell in the Savannah, Georgia area, downing trees and causing flooding.

The National Weather Service said record-high tides were recorded along the Savannah River at the South Carolina-Georgia border, peaking at 12.6 feet, surpassing those from Hurricane David in 1979.

Storm damage was far greater in Haiti earlier in the week when Matthew plowed directly into the impoverished Caribbean island nation. Around 61,500 people were in shelters, officials said, after the storm lashed coastal villages in high surf.