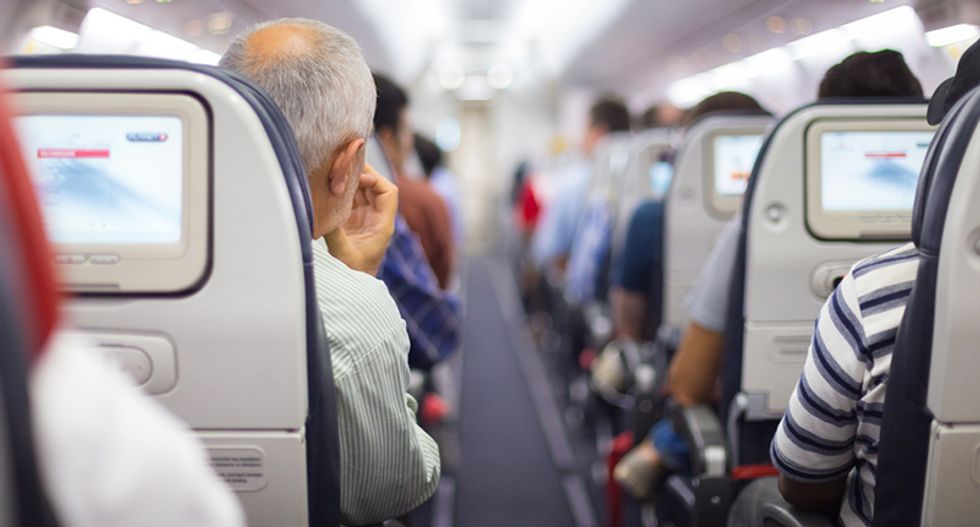 Donald Trump's largest scandal, bragging he can "grab them by the p*ssy," inspired many women to come forward talking about the times they have been sexually harassed, sexually assaulted or groped. When it happened to Ariana Lenarsky, she took action, because no one else would.

She began her series of tweets talking about the incident boarding a flight in Texas, and that she freaked him out by taking his photo:

Lenarsky told the flight attendant what happened and learned that another woman already complained about the man, saying something similar happened to her, the Sydney Morning Herald writes. After Lenarsky was seated, she went to speak to the flight attendants again to see what was being done about the incidents. The captain had been informed and local police were meeting them when they landed but it was too late to kick him off the flight. She went back to her seat feeling "depressed" about the ordeal.

Once they landed in Los Angeles, she and the other woman gave a statement to the police and Lenarsky learned that the man had tried to kiss the other woman.

Then she was told that because the incident happened on a Texas runway, she could only press charges from Texas and would have to pay for her own flight back to do so. The other woman's incident took place while they were in the air, which falls under the FBI's jurisdiction. But she refused to pursue charges against the alleged groper. They assured her, however, they'd give the man a "talking to," but that his actions were hardly "the crime of the century."

He tried to kiss the other woman. She doesn't want to press charges bc since it happened in the sky, the FBI would have to get involved.
— Ariana Lenarsky (@Ariana Lenarsky)1477199763.0

Since it wasn't "the crime of the century" it shouldn't be a big deal that she's revealing who the man is.

Unfortunately for Lenarsky and other women, complaints of sexual harassment, groping and even sexual assault are still not taken seriously, even by law enforcement.