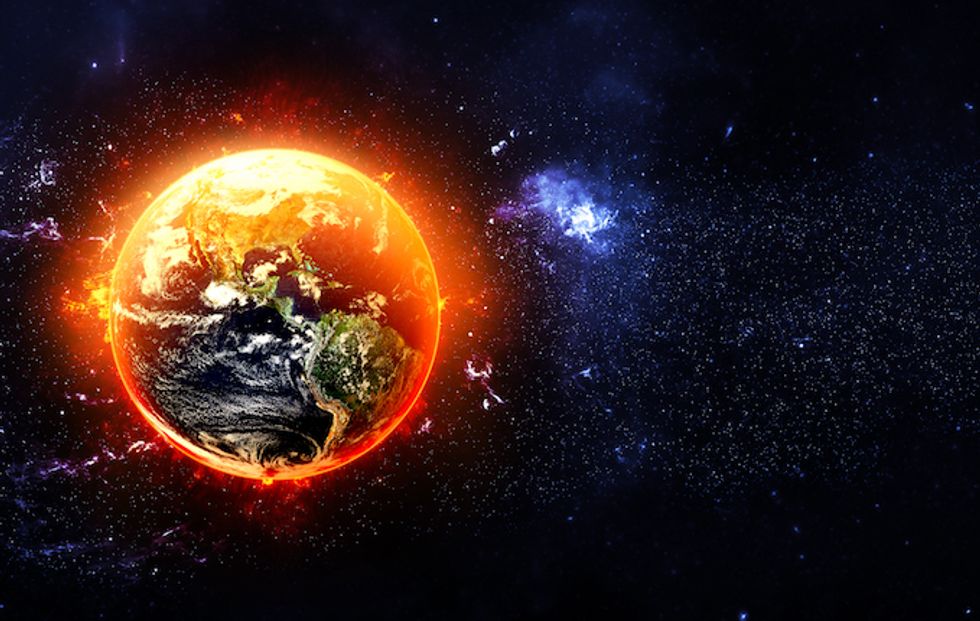 The year 2016 will "very likely" be the hottest on record, the UN said Monday, warning of calamitous consequences if the march of global warming cannot be halted.

Average temperatures for the year were set to hit about 1.2 Celsius (2.16 degrees Fahrenheit) over pre-Industrial Revolution levels -- meaning that 16 of the 17 hottest years on record were this century, said the UN's World Meteorological Organization (WMO).

The new record means the world is already more than halfway to the upper limit of 2 C of warming overall, 1.5 C if possible, which UN nations had agreed upon to stave off worst-case-scenario climate change.

"Another year. Another record. The high temperatures we saw in 2015 are set to be beaten in 2016," WMO secretary general Petteri Taalas said in a statement.

The El Nino weather phenomenon had boosted temperatures in the early months of the year, but even after its effects dissipated, the mercury stayed high.

In parts of Arctic Russia, temperatures were 6 C to 7 C higher than the long-term average, the statement said. Other Arctic and sub-Arctic regions in Russia, Alaska and northwest Canada were at least 3 C above average.

"We are used to measuring temperature records in fractions of a degree, and so this is different," said Taalas.

The WMO report was published as UN climate talks entered their second week in Marrakesh -- the first since last year's huddle in the French capital concluded with the climate-rescue Paris Agreement.

The Moroccan followup is meant to agree on rules for executing the plans and goals outlined in the pact, which envisions reining in global warming by cutting back on greenhouse-gas emitting coal, oil and gas for energy.

Earlier Monday, the annual Global Carbon Budget report said carbon emissions from burning fossil fuels have been nearly flat for three years in a row -- a "great help" but not enough to stave off dangerous climate change.

Both analyses warned that concentrations of planet-warming greenhouse gases in the atmosphere continued to rise, reaching 400 parts per million in 2015 and likely to exceed that record in 2016.

Global temperatures for January to September this year were about 1.2 C over pre-industrial levels, and 0.88 C over the average for 1961-1990, said the WMO.

"More than 90 percent of northern hemisphere land areas outside the tropics were at least 1 C above average."

Temperatures were also above normal over most ocean areas, contributing to coral bleaching and disrupted marine ecosystems in tropical waters, the report said.

Arctic sea ice extent was "well below normal" throughout the year.

"Because of climate change, the occurrence and impact of extreme events has risen," the WMO said. Heatwaves and flooding that once occurred once in a generation, are now much more regular.

It pointed to several "high impact" events this year, including Hurricane Matthew which ravaged Haiti in October, flooding in China, several heatwaves, the most damaging wildfire in Canadian history and major droughts.

Food shortages, population migration and conflict are expected to increase as a result of more frequent and potentially more intense weather-related disasters, the report warned.