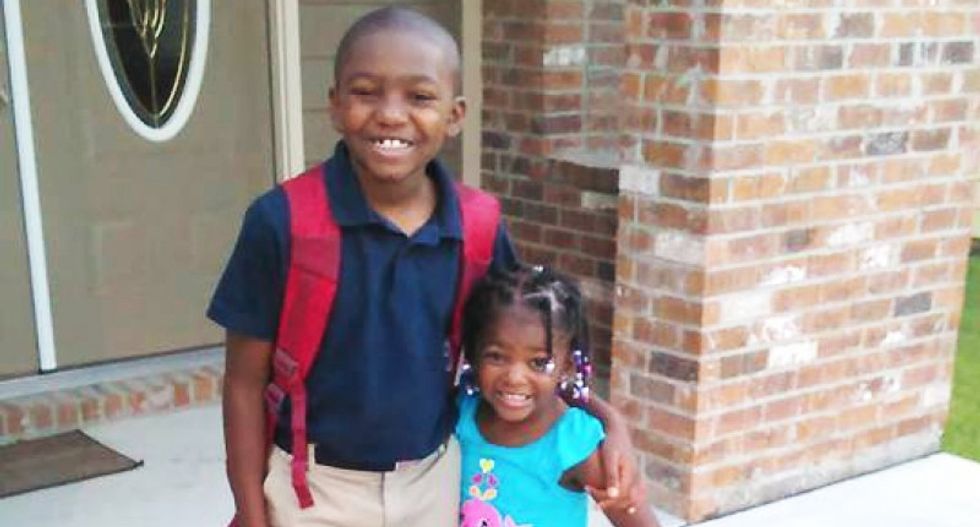 An 8-year-old African American boy was hospitalized after bullies attacked him and his younger sister on November 14, the Atlanta Black Star reports. The incident occurred at the Spanish Lake Primary School in Geismar, Louisiana. Now, the family is seeking help with medical expenses.

Jordan Jackson was defending his 4-year-old sister from a group of older children — all of whom were white, and one of whom was 13 — who were throwing mulch at them. The two Jacksons appear to be victims of a racially-motivated attack.

When Jordan asked the kids to stop, one of the kids told him, "You need to go back to the cotton farm." He was then pushed to the ground and body slammed.

Jordan was hospitalized with a broken arm and a concussion that later led to "post-concussion syndrome," which includes symptoms such as dizziness, headaches, and insomnia, among others.

Jordan's uncle, Cris Colbert created a GoFundMe page to help pay for Jackson's medical expenses. He wrote on behalf of his sister Alana, that Jordan "understands the connotation of that statement [made my the bullies] because we’ve had those conversations before."

The school reportedly informed the Jackson family that they were sorry but were not liable because the incident occurred after official school hours and also involved at least one person who was not a student of the school.

The page also notes that Jordan has made three trips to the emergency room since the incident due to his post-concussion syndrome.

The page initially sought to raise $5,000 for Jackson's hospital bills, but raised just over $18,300 in only three days. One person shared, "I am so deeply saddened that these kinds of things still happen and that there is such hate and prejudice in the world."

Another person who donated to the page wrote, "Get better soon little boy and know that there are millions of Americans that are NOT racist and that you deserve to have the best life possible."