Ana Navarro: It's hard to give Trump a chance when he staffs his White House with racists 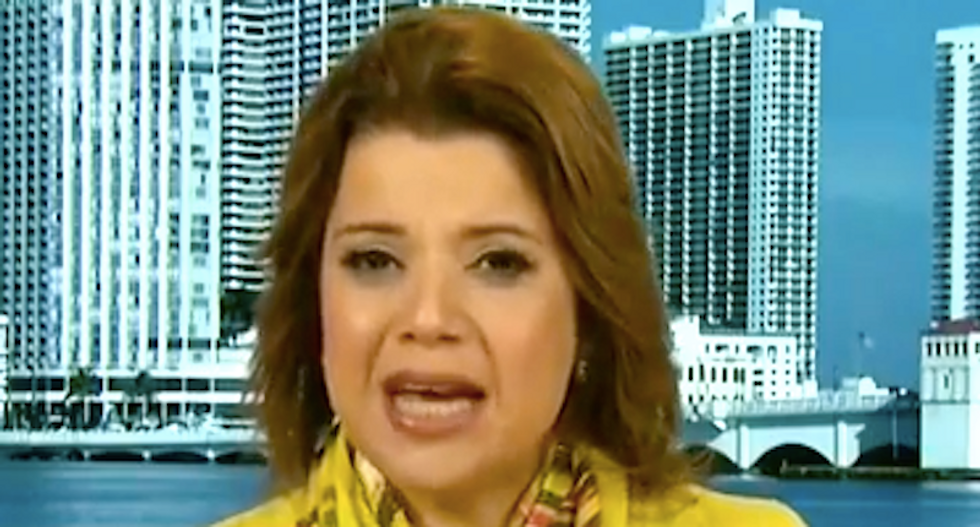 Donald Trump has already broken his promise to serve "all Americans" as president and "bind the wounds of division" after a bruising White House campaign, said Ana Navarro.

Navarro, a Republican consultant, was disappointed that Trump had not more forcefully denounced a wave of violence and intimidation against people of color, and she was alarmed that he had named white supremacist Steve Bannon as his chief strategist.

"I think that the appointments he makes early on are the first signal he sends about what kind of president he is going to be," Navarro said on CNN's "New Day." "Many of us are torn by the utter disdain that we have for candidate Donald Trump and the utmost respect we have for the office of the presidency of the United States, and we want to give this guy a chance. We want to extend the olive branch and extend one to us, but if what he is doing is naming somebody like Steve Bannon, who has got such a track record and such a reputation for being controversial, for leading the hunting season against Republicans."

"Forget about everybody else who has filled his (Breitbart) publication with anti-Semitic, anti-Hispanic, anti-everything type of headlines, you have got to be very concerned," Navarro added.

Navarro said Trump's choice of Reince Priebus, the head of the Republican National Committee, as his chief of staff was -- unlike Bannon -- within the spectrum of political normalcy.

"He is a normal guy," Navarro said. "He doesn't assault women, he is not anti-Hispanic and anti-immigrant. At this point, I'll take him and I'll love him. It was like you saw Donald Trump appoint Dr. Jekyll and Mr. Hyde (Sunday) night, and it is very concerning for people because those hate crimes that are going on in America are real. We are not making them up."

Navarro did not vote for Trump, but she "absolutely" wants him to succeed as president.

"This is my country, too," she said. "If he succeeds, the country succeeds."

But she wants Trump to face up to the violence he has unleashed and call for its end.

"I want him to stop playing games and pretending that he doesn't know these hate crimes are going on out there," Navarro said. "I want him to really, genuinely address his supporters. He needs to do more. Donald Trump needs to understand that, whether he is a racist or not, he peddled in this for the last 18 months, and he unearthed an ugly underbelly in America."

"He unleashed feelings of racism, of hostility and sexism and division that are now out there," Navarro added. "Some of these folks feel legitimized and empowered by his election. It is up to Donald Trump, who did not invent racism -- let's be very clear about this. This was out there already, but he unleashed it in a way we haven't seen it in decades. If he wants to be able to govern this country and unite Americans for his benefit, for all of our benefit, it is up to him to denounce it strongly. He should use the bully pulpit and give a speech on the unity of American values."