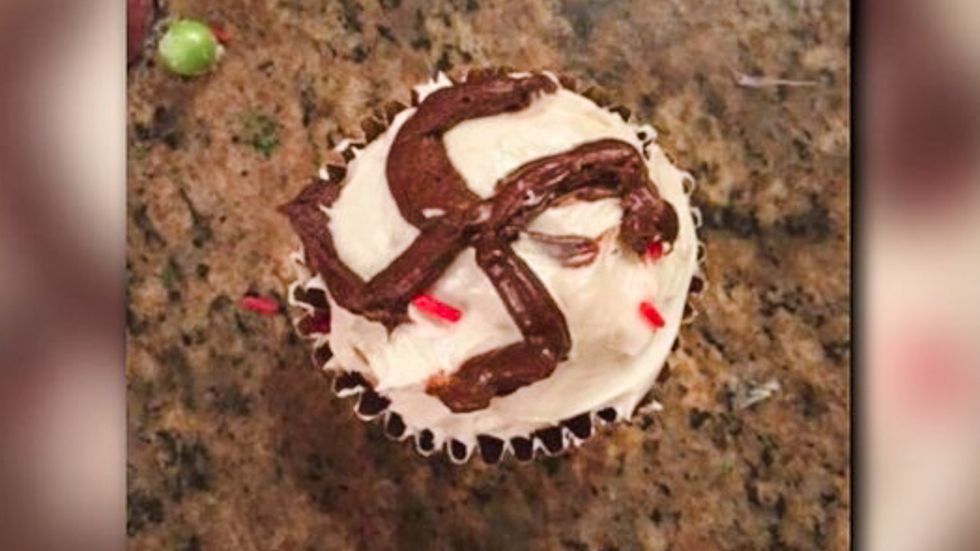 A birthday party for a Jewish girl in Arizona was marred recently when students brought swastika cupcakes as gifts.

KPNX reported that the mother of the teen posted images of the cupcakes on social media in hopes of making the incident a teaching moment. The mother said that she believed the party goers knew what the symbol means because they had recently had a lesson at school about the Holocaust.

The girls reportedly told the mother that they did it to "be funny." In a subsequent Facebook post, the mother said that the girls had apologized.

"When you joke with symbols like the swastika you begin to normalize them and make it very casual within our society,” Arizona Anti-Defamation League Director Carlos Galindo-Elvira told KPNX.

Watch the video below from KPNX.