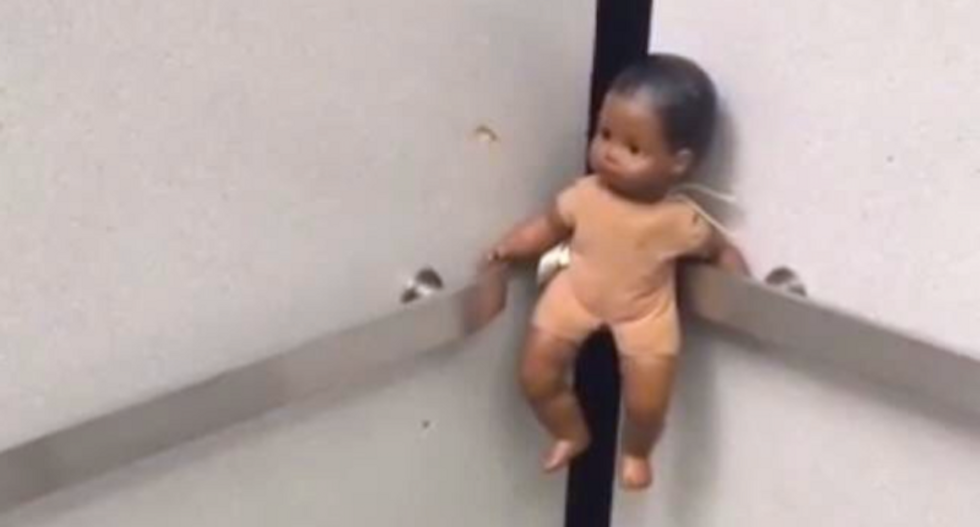 Students at a western New York college are alarmed after they found a black doll hung in effigy on campus -- and they wondered whether racial harassment will grow worse with the election of Donald Trump.

The doll hanging from a noose was discovered Wednesday in an elevator at Canisius College in Buffalo, where the student government has promised to address the incident, reported WKBW-TV.

A black student-athlete told the TV station he was considering leaving the campus, saying he'd experienced similar racist bullying since enrolling at Canisius, where 71.9 percent of students are white and 6.9 percent are black.

The college president said Canisius would investigate the incident and punish anyone responsible for the "stupid act."

Several students told the TV station they feared racial harassment would grow worse with the election of Trump as president.

About 90 miles away, in Wellsville, New York, residents painted over swastika graffiti found on a baseball dugout in town.

A man walking his dog Wednesday spotted the swastika painted on the cinder block structure at Quackenbush Field, along with the words, "Make America white again," reported The Daily Reporter.

The man called the newspaper to report the graffiti, but police said they had not received any complaints but would investigate, anyway.

The police chief said charges would not be filed unless a complaint were made, because the ball field was private property.

“We'll take a look at it, we might do a log entry," said Tim O'Grady, the village police chief. "Unless somebody makes a complaint, we don't have any cause for action. It's vandalism, we'll look into it."

Swastika graffiti, including the words, "Sieg heil 2016," was also spotted on a building Wednesday in Philadelphia.