Blue-collar Dems warned Clinton to focus on jobs: 'We haven't recovered from the economic free fall' 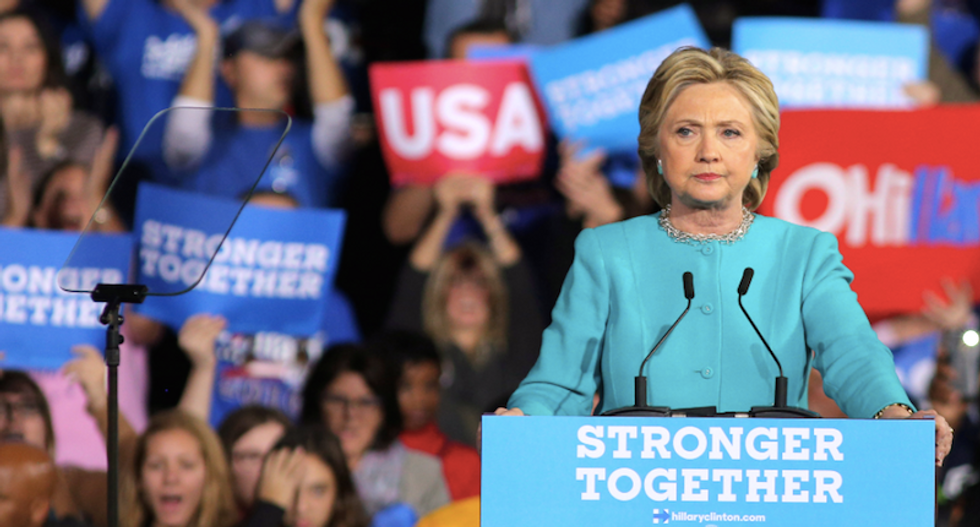 The Democratic Party chairman in Youngstown, Ohio, wrote to Hillary Clinton's advisers in May warning she needed to put a jobs-focused message at the heart of her White House campaign or else watch blue-collar voters in states like Ohio, Michigan and Pennsylvania slip away to Republican Donald Trump.

Clinton never responded to Betras, and in the final weeks of her campaign she spent much of her time portraying Trump as unfit, rather than highlighting her economic plans. On Nov. 8, Election Day, Betras' warning proved prescient - she lost Ohio and Pennsylvania and, on Wednesday, Michigan, too, based on the latest unofficial ballot counts.

The surprising upset by Trump, a wealthy businessman who made his promises to renegotiate trade deals and restore jobs a centerpiece of his agenda, was fueled in part by support from white working-class voters in those vital Rust Belt states and elsewhere.

After the disastrous election losses at the state and national level, Betras and other Rust Belt Democrats who have found success in blue-collar districts have some advice for their anxious party: the key to recapturing those voters is not a broad change in policy, but a new commitment to listen and act on their economic concerns, and to show Democrats care.

"You can have all the great ideas on Earth, but if they don't think you are on their side they aren't going to listen to you," said U.S. Representative Dan Kildee, of Flint, Michigan, one of a small cadre of Democrats in Congress who have learned how to win in working-class districts by emphasizing economic solutions.

Democratic U.S. Representative Matt Cartwright, whose district around Scranton, Pennsylvania, was one of the presidential campaign's prime battlegrounds, also won re-election to a third term with about 54 percent of the vote. About 40,000 Trump voters crossed over to back him, he said in an interview.

"Why would they pick me and not also Hillary Clinton? It comes down to credibility," he said. "I know the pain out there. When I talk to voters, jobs is always my No. 1 message, and I tell them exactly what I'm doing to get more jobs back to the district."

Recalling the 1992 presidential campaign theme of Clinton's husband, Bill Clinton, Cartwright added: "It's the economy, stupid. These folks are working harder and harder to try and stay in the same place."

The party's efforts to regain lost ground with blue-collar voters could be a factor in next week's election for Democratic leader in the House of Representatives. Tim Ryan, whose northeast Ohio district encompasses blue-collar Youngstown, is challenging veteran leader Nancy Pelosi of San Francisco.

Ryan has emphasized his ability to talk to working class voters and said in announcing his leadership run that people "need to know we understand that they elected us to fight for economic opportunity for all."

Kildee, who was re-elected to a third term with 61 percent of the vote, said Democrats seeking lessons in the election rubble should not overreact and begin moderating their positions on social issues or shifting their stances to target elements of the party's base of support.

From decimated industrial towns to inner cities or the rural plains, voters share a similar anxiety about an economic system that seems to have left them behind, he said.

By tapping into those economic worries, Trump captured about two-thirds of whites with no college degree, exit polls showed. That helped him gain the razor-thin margin of victory he needed in Ohio, Pennsylvania, Wisconsin and Michigan - all picked up by President Barack Obama in 2012 - to win the Electoral College, despite losing the popular vote.

In contrast to Trump, whose rallies were a call to arms against an economic system rigged against everyday Americans, Clinton mentioned but rarely highlighted the many aspects of her economic agenda during the final weeks of the campaign.

"We were so off message that a billionaire with gold-plated toilets was the guy who was breaking through and talking to blue-collar families," said Betras, party chairman in Ohio's heavily Democratic Mahoning County, where Trump captured 47 percent of the vote, 12 percentage points better than Republican Mitt Romney in 2012.

Betras said many blue-collar workers increasingly felt forgotten by the national party, which at times seemed more focused on social and cultural issues than on bread-and-butter economic concerns.

The Democratic National Committee did not respond to questions about the party's efforts to win working-class voters.

Betras had urged Clinton in his memo to spend more time talking about ways to entice companies to repatriate manufacturing jobs, or her plans to create jobs through boosting infrastructure programs - both key elements of Trump's stump speech.

Both candidates made frequent visits to Pennsylvania and Ohio. But after the party conventions in July Clinton only traveled to Michigan four times, twice in the last week of the campaign, and never visited Wisconsin. Trump hit both a half-dozen times.

David Murray, a registered independent who lives just outside Flint, Michigan, said he voted to re-elect Kildee and backed Obama in 2008 and 2012, but cast his presidential ballot for Trump this time.

"I didn't feel like Clinton really cared about us," said Murray, a personal service industry worker. "We are still hurting here. I feel as if we haven't recovered from the economic free fall. Clinton seemed like just another four years of what Obama has done for my area, which is four years of nothing."

Obama appeared to echo the concerns of Betras and the two lawmakers in recent comments on the Democratic post-election hand-wringing.

"The key for us — when I say 'us,' I mean Americans, but I think particularly for progressives — is to say your concerns are real, your anxieties are real, here's how we fix them," Obama said.

Sharon Taboada, a juvenile probation officer in Houghton Lake, Michigan, with two sons in college, said she voted for Trump in part because of his economic message.

"Clinton talked very little about our economy and I feel she was way out of touch with the working force," she said.