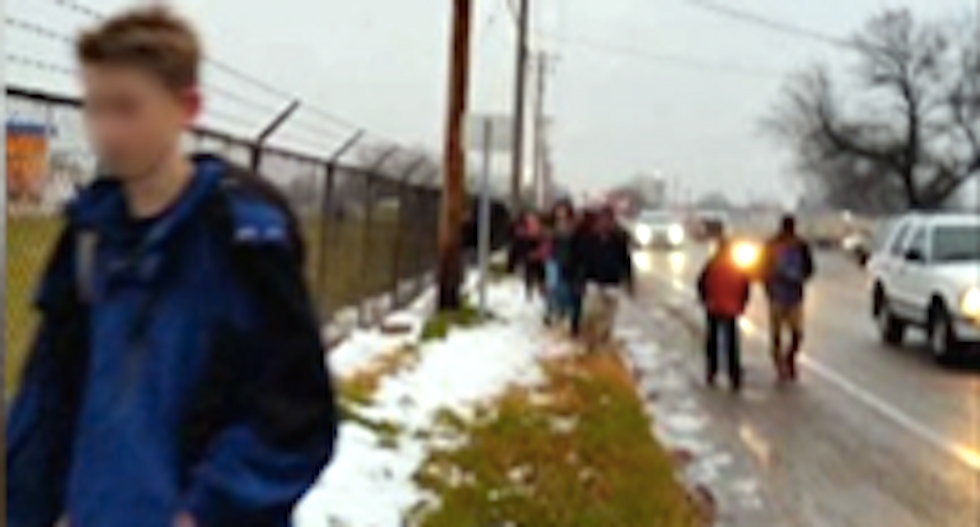 A Minnesota bus driver hurled racial slurs at a group of children as he ordered them out of the vehicle and left them stranded as punishment for misbehaving.

Students at Horizon Middle School said the bus driver became angry at a group of unruly children about 4:15 p.m. Wednesday and ordered all of his passengers off the bus, reported WDAY-TV.

The driver left the children in an industrial park without sidewalks, and students say he used a racial slur to describe two students as they got off the bus.

"He said, 'You guys can get off my bus and walk home -- I'm not driving you guys home," said student Deshanna Dotson. "It was kind of in a scary area, too. He called us the 'N-word' when we got off the bus."

Students said the driver, who has not been publicly identified, called the rest of them "assh*les."

The Moorhead Schools superintendent said she was notified about 4:30 p.m. and has launched an investigation.

"We did find that there were students that were misbehaving on the bus," said Lynne Kovash, the superintendent. "I think the bus driver just kind of got fed up."

Kovash said the driver was wrong to leave the children stranded, but she said students were also to blame.

"Transportation on the bus is a privilege, it is not a right of a student to have transportation on a bus, so one of the things coming out of this is we need to investigate those students that were involved in this,” Kovash said.

Parents aren't satisfied with the school's explanation, saying the driver's response was inappropriate and dangerous.

"If you can't control yourself for the little time you do drive the bus, then you shouldn't be working there," said Stacy Olson, Deshanna's mother. "At no point, even if the children were bad, should they have been called any racist name."

The driver works for Red River Trails, one of the district's busing subcontractors, but will no longer drive for Moorhead Schools.

School officials said they weren't sure if the driver had been fired or disciplined by his employer.