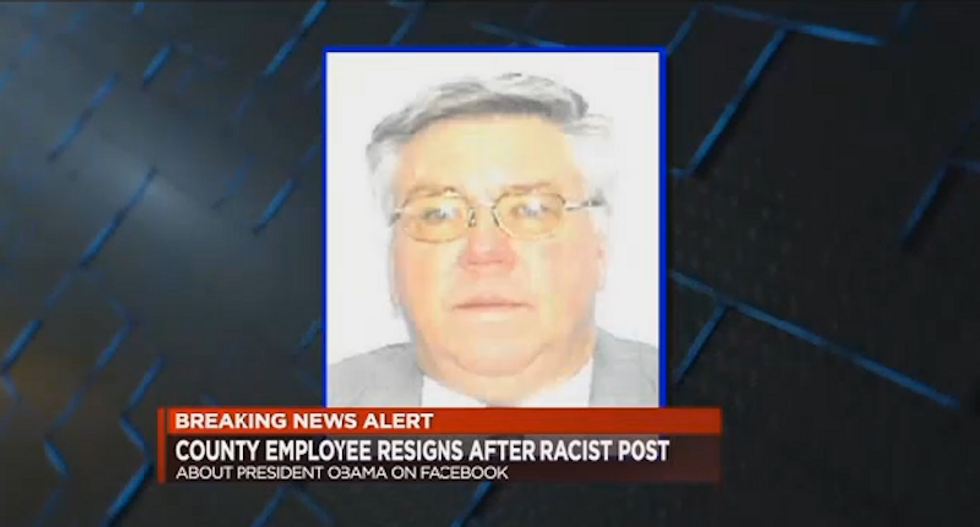 The deputy director of the Department of Corrections in Shelby County, Tennessee took to his Facebook page to post some violently racist posts, Slate reports.

David Barber, who worked for the county for roughly 17 years managing budgets and inmate records at state prisons in Tennessee, resigned over the posts on Tuesday, according to WBTV.

The posts included an image by "The Free Patriot" with a photo of Obama next to a member of the KKK that read "Lets (sic) get 5000 LIKES for kicking this clown out of office for good!" Barber's caption noted, "The KKK is more American than the illegal president!"

He wrote in another post, "If TRUMP wins and obummer cannot start martial law, he will run to his new mansion in thaArab (sic) world to hide. Hopefully the Muslims will eliminate him and mooshelle as queers."

In another post that featured a story about Lena Dunham, Barber wrote, "I am concerned that media using mixed race couple's (sic) in ads as normal is one way liberal's (sic) are trying to eliminate the white race."

The department was made aware of the posts last Friday and Barber would have likely faced termination if he did not resign on his own.

Shelby County Mayor Mark Luttrell said at a press conference, "I was offended. I think anybody who read it would be offended. It was horrible. It was very offensive."

Luttrell added, "This was an action by an employee who should have known better. What he did, his behavior was intolerable; it was offensive. We afforded him his rights and due process. He recognized his discretion and [resigned]."

You can see the posts below. 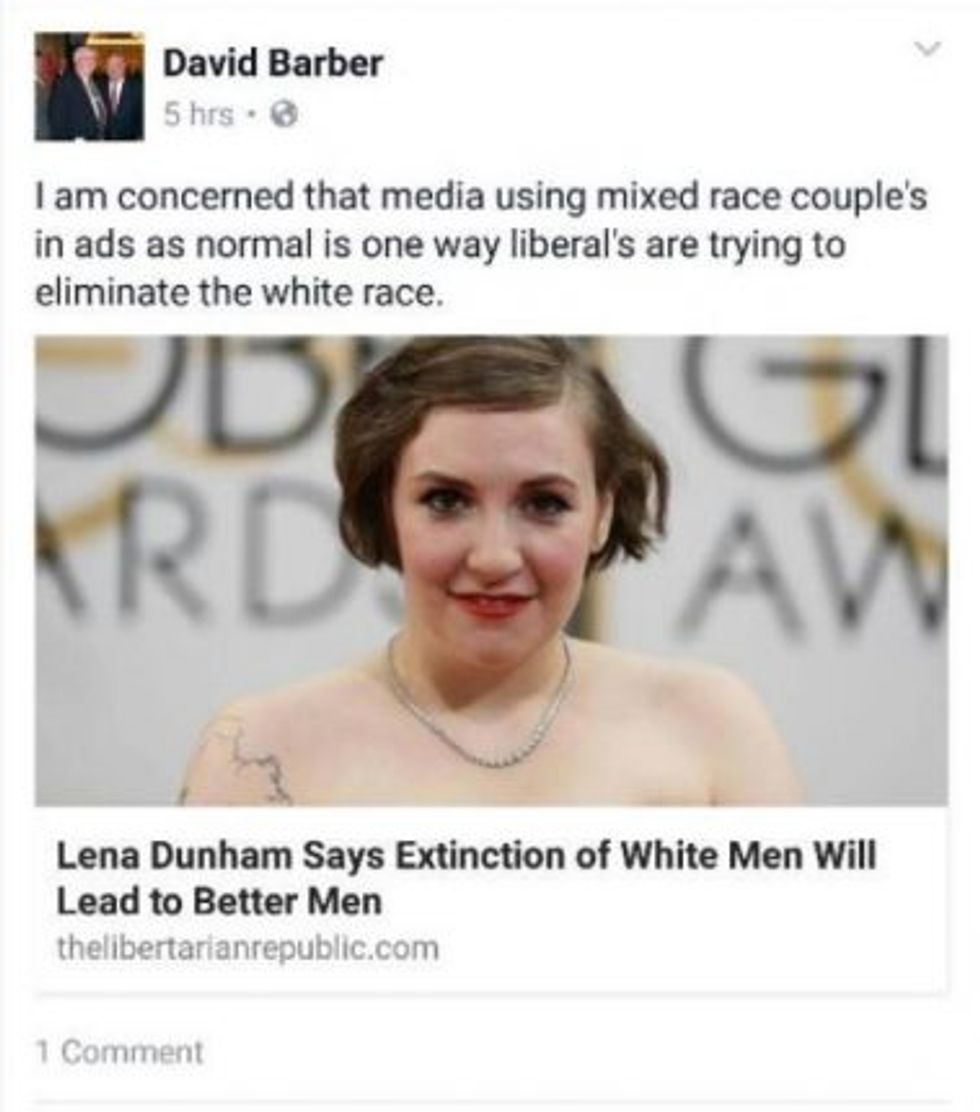 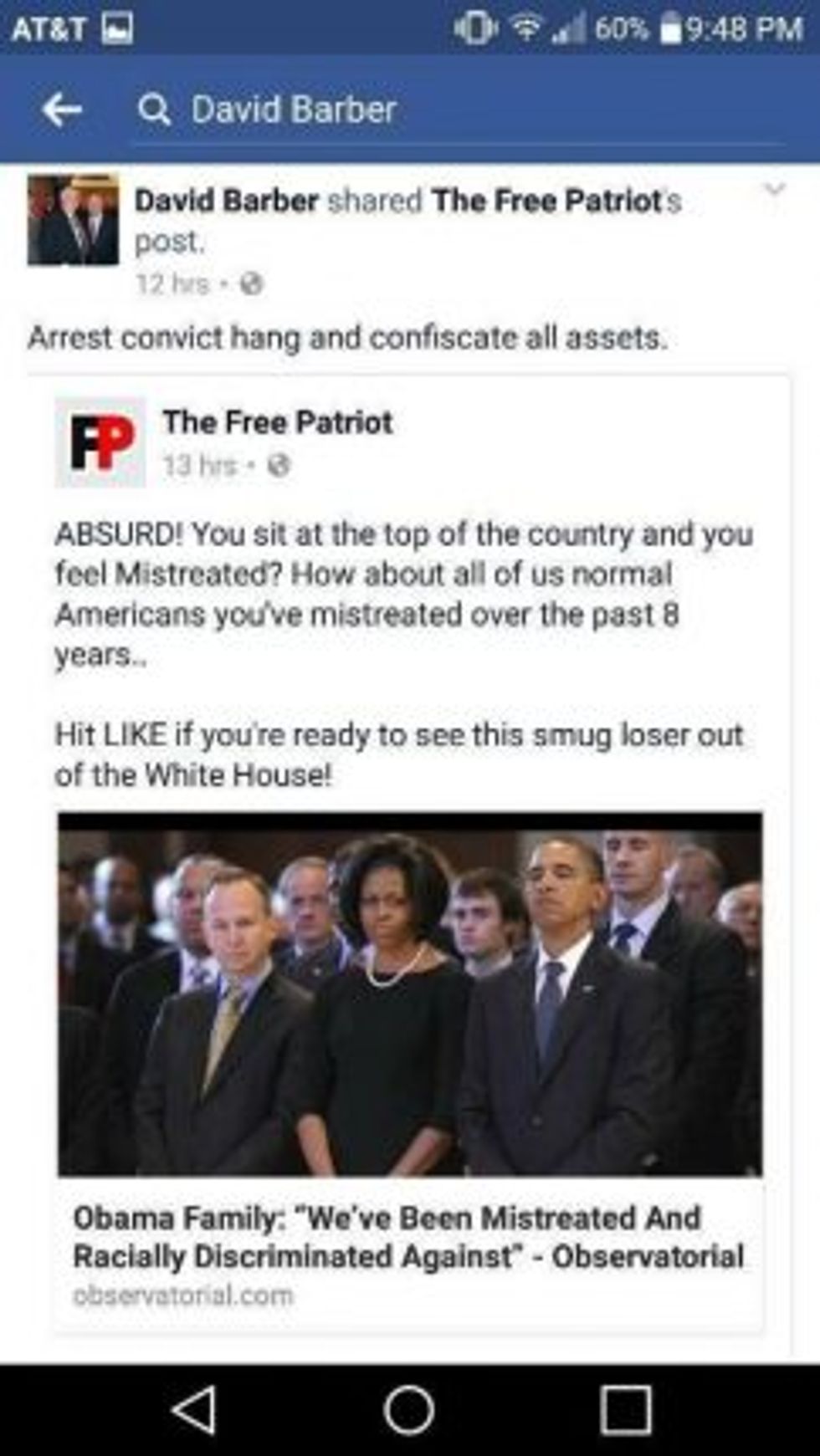 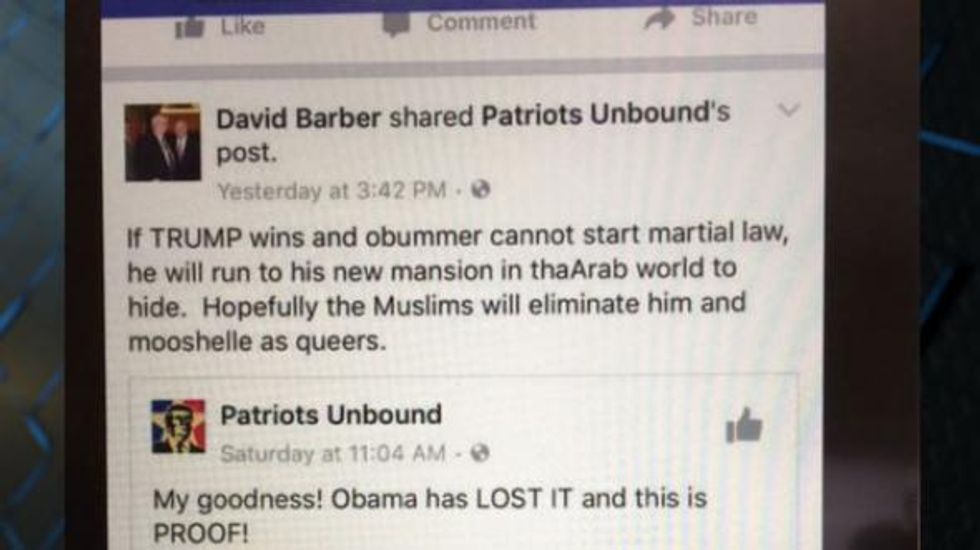 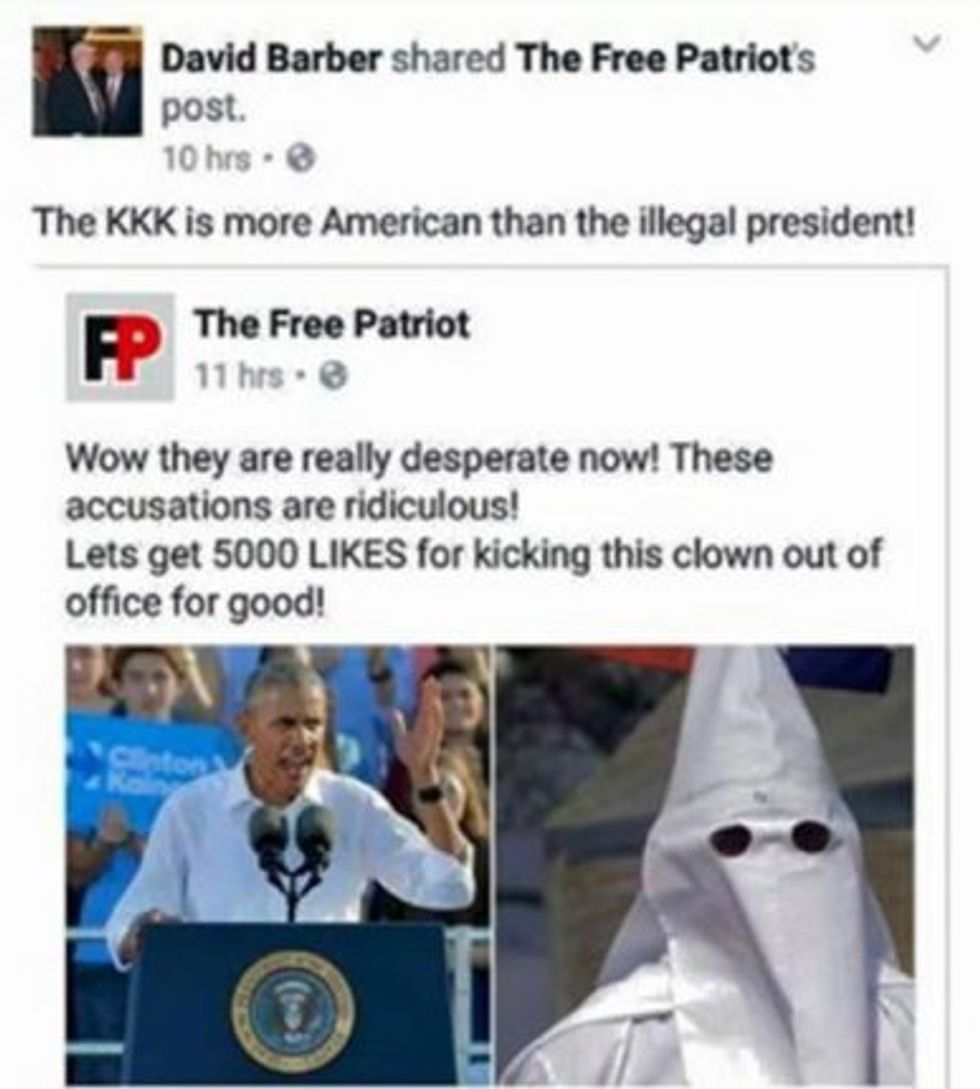