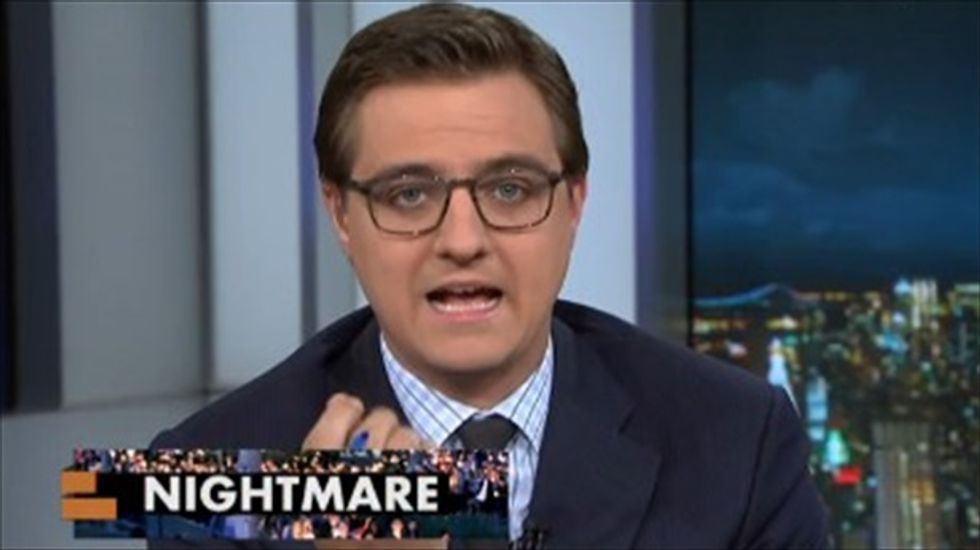 Corey Lewandowski formally resigned from his commentator role at CNN — effective immediately — and MSNBC's Chris Hayes responded to the news by slamming both the media organization and Lewandowski in one perfect tweet.

Referencing Lewandowski's history as Trump campaign manager, and the possibility that he is returning to a leadership post within the Trump administration, Hayes made a suggestion to CNN. He wrote, "For continuity's sake, CNN should keep paying him while he's in the White House."

After all, the Trump campaign was making severance payments to Lewandowski well into September of this year — he was fired from the campaign and joined CNN in June.

For continuity's sake, CNN should keep paying him while he's in the White House https://t.co/GVsNAdvHWm
— Chris Hayes (@Chris Hayes)1478903348.0

Many were critical of CNN's decision to hire Lewandowski while he was still being paid by the Trump campaign. Media Matters noted at the time, "Since his hiring, Lewandowski has by his own admission continued to advise the Trump campaign, even pushing a camera away from the candidate during a campaign stop ... Employing a contributor who continues to be paid by the candidate whose performance and positions he is being asked to analyze appears unprecedented."

CNN host Anderson Cooper even had a hard time wrapping his head around why Lewandowski was receiving payments both from CNN and the Trump campaign at the same time.

In an interview with Stephen Colbert that aired in August, Colbert asked, "So, y’all are paying him and Trump is paying him but he’s on your show doing analysis from a man he still gets cash from?"

Cooper explained, "Well, you know, we have people from all the campaigns and we have like campaign surrogates for Hillary Clinton on," without also clarifying that Lewandowski was the only surrogate receiving payments both from CNN and the Trump campaign.

If Lewandowski remains on CNN's payroll moving forward, would he then be barred from speaking negatively about the media?