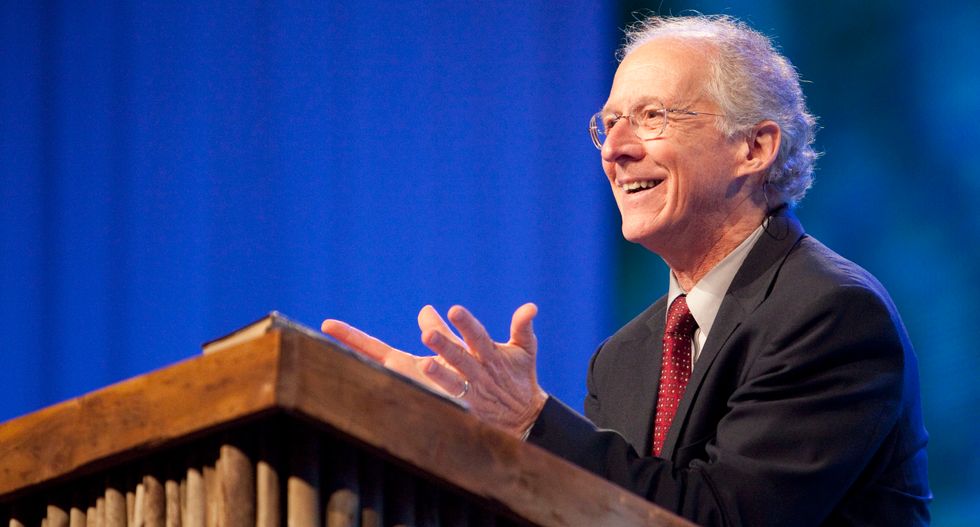 A Christian pastor in Minnesota offered advice to a grieving husband whose wife suffered a miscarriage, suggesting his “struggle with lust and pornography” somehow contributed to the couples’ loss.

“I doubt that any of us has ever overestimated the danger of failing to fight lust,” Pastor John Piper—founder of desiringgod.org—said on his podcast last month. “And I am glad that our anonymous questioner has called it sin and is feeling bad about it.”

Piper went on to insist god punishes people for their sins, and that “discipline” from god may “come in the form of harm, even death, to others that we love, as well as ourselves.”

“I don’t know whether our friend who wrote this question lost his child in miscarriage as a direct discipline from God because of his pornography,” Piper continued. “I do not know. He does not know. I do know that in the loss of the child, God wills a new humility and a new submission and a new faith and new purity through the pain of this loss.”

“Whether he knew it was or wasn’t, the lesson remains the same: The Lord gives and the Lord has taken away,” Piper said.

Listen to the audio below, via Ask Pastor John: