Colbert mocks Trump's cabinet intrigue: 'It's like Game of Thrones but nobody wants to watch them have sex' 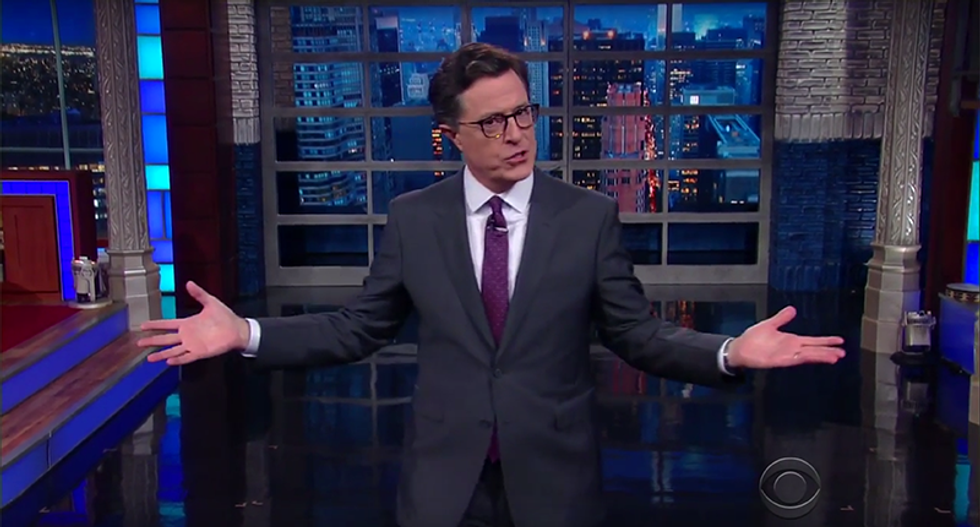 Late Show host Stephen Colbert had plenty to say about President-elect Donald Trump's struggles to put together some semblance of a cabinet and hire advisors with his son-in-law, Jared Kushner, reportedly whispering in his ear and settling old scores.

"Trump's transition into office seems to be going a little rough, because he has fired the head of his transition team, Chris Christie, and replaced him with Mike Pence," Colbert explained before noting that former U.S. Attorney Christie successfully prosecuted Kushner's father.

"Apparently, the sacking was ordered by Trump's son-in-law, Jared Kushner, who has the ruler's ear is purging those who wronged his family," Colbert continued. "This is like Game of Thrones, except I definitely don't want to imagine any of these people having sex."

Speaking directly to Kushner, Colbert said, "I know you're trying to connect with your wife's dad, but can't you do normal son-in-law things? Just drive to Home Depot while reading signs out loud. Or watch a college football game in silence. There's got to be something you have in common."

"Hey, you both think Ivanka's hot!" he concluded.