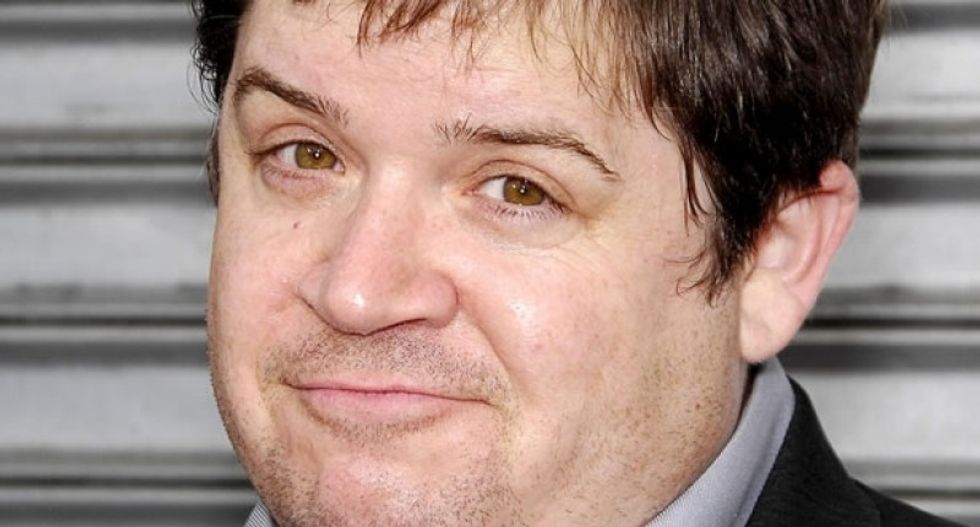 In an essay published Sunday on his Facebook timeline, comedian Patton Oswalt says he is "terrified of what may or may not happen" after the inauguration of Pres. Donald Trump.

Oswalt said that since Nov. 8, his Twitter timeline, Facebook timeline and email accounts have been bombarded with hateful messages from conservatives who "fancy themselves comedians" and believe that the time of liberal, "politically correct" comedy has come to an end.

"(T)he ones who insist they're comedians, that THEY'RE funny, all send messages which are the same variation of, 'Your career is OVER. No one wants to hear YOUR kind of comedy anymore. You or ANY of your friends,'" Oswalt said. "Over and over and over. Fuck you, funnyman. It's OUR turn now."

"Being funny isn't something everyone is born with," he explained, "and even the ones born with it have to work and evolve and have humility while they do so. For the untalented but still entitled, there's a gut full of envy to carry around when they see other people getting laughs where they can't."

Oswalt pointed to a chilling essay by historian Clive James about the Nazi takeover of Germany in which millions of Jews, LGBT people, gypsies and others were rounded up and herded off to extermination camps.

"Horrific evidence suggest that the Austrian Nazis, when their armbands were still in their pockets, put the café talk high on their long list of Jewish intellectual pursuits to be trampled out of existence when the great day came. The future firebrands and executioners had been listening in for years, probably inflamed as much by sincere disapproval as by thick-witted jealousy. After a single orgiastic day of violence in March 1938 there was no-one left who had anything to say worth hearing," wrote James.

"For the Jewish intelligentsia, cultivated to the fingertips, it was very hard to grasp the irrationality they were dealing with -- the irrationality counting down the hours until it could deal with them," said James. "Even in Auschwitz, some of the enslaved musicians must have thought that Schubert's writing for strings would melt Dr. Mengele's heart, as it had always melted theirs. And it did melt his heart. It just didn't change his mind. Similarly, there were probably crytpo-Nazi kibitzers who laughed at the running commentary of Hugo Sperber as he played cards. But that was exactly why they wanted him dead. They wanted THEIR jokes to be the funny ones, and they got their wish."

Oswalt pointed to the frustrated attempt by the SS to round up cultural provocateur and cabaret performer Egon Friedell, who jumped to his death rather than allow himself to be captured by the Nazis.

"All over Vienna during the Anchluss there's seemingly mindless, unorganized looting and attacks -- yet two SA men are SPECIFICALLY sent to Egon Friedell's apartment?" said Oswalt. "Who sanctioned that? Someone gave specific orders. An envious, frustrated someone, I'm guessing. Someone who sat in the audience at one of his shows, entertained but resentful of the laughter surrounding them, in the wormy, jealous darkness."

He concluded, "I am terrified for what may or may not happen Saturday, January 21st."