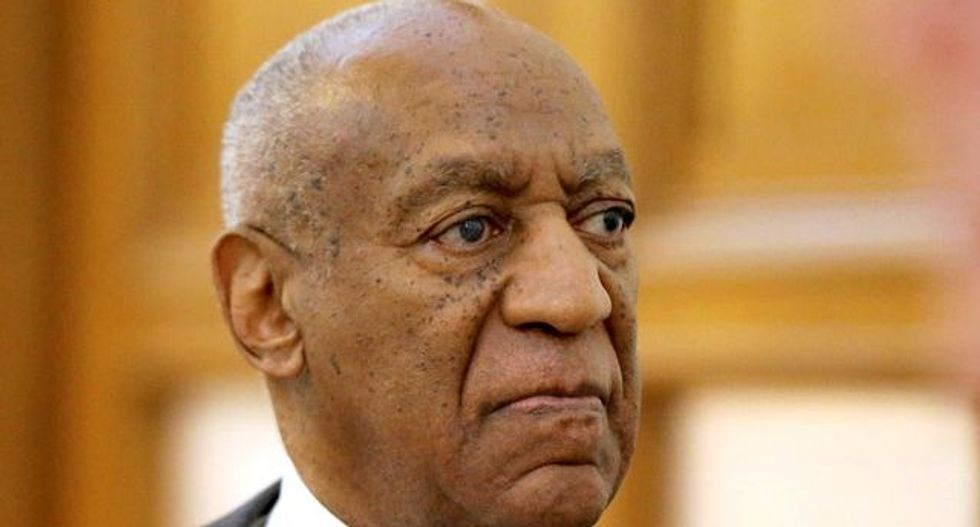 Bill Cosby on Wednesday renewed his attempt to have sexual assault charges against him thrown out, with the comedian's lawyers arguing in a Pennsylvania court that an 11-year gap between the incident and Cosby's arrest had violated his rights.

The argument was made during a two-day hearing to determine the scope of evidence prosecutors can introduce at Cosby's trial next June, including whether they can call as witnesses more than a dozen other women who have accused him of sexual assault.

Cosby, 79, who once enjoyed immense popularity as a family-friendly entertainer, is facing assault allegations going back decades from about 60 women, many of whom say he provided them with alcohol and pills before attacking them.

Cosby has denied any wrongdoing.

The accusation by Andrea Constand, a former basketball coach at Cosby’s alma mater Temple University, is the only one to result in a criminal prosecution. Constand said Cosby gave her pills and then sexually assaulted her in 2004 at his house in Pennsylvania.

At the time, the Montgomery County district attorney’s office concluded there was insufficient evidence to charge Cosby. But the unsealing in 2015 of sworn testimony Cosby gave during Constand’s civil case, in which he described giving women Quaaludes before having what he said were consensual sexual encounters, prompted county District Attorney Kevin Steele to bring charges.

Angela Agrusa, an attorney for the comedian, said in court on Wednesday that the decade that passed had deprived Cosby of his constitutionally guaranteed due process rights.

"The case was done," she said.

Cosby, she said, is legally blind and unable to assist properly in his defense by examining evidence against him.

Judge Steven O’Neill in Norristown, Pennsylvania, however, expressed skepticism about that argument, asking for specific case law to support the idea that losing one’s eyesight would be enough to justify dismissing the charges.

Cosby walked through the courthouse on Wednesday holding the arm of an aide, who helped him navigate the hallways.

Prosecutors have asked O’Neill for permission to call as witnesses 13 other accusers to demonstrate what they say is a pattern of wrongdoing, an issue the judge is likely to take up later on Wednesday.

O'Neill on Tuesday heard arguments over whether Cosby's testimony from Constand's civil case should be barred from trial. It is not clear when he will rule on the various pretrial issues.