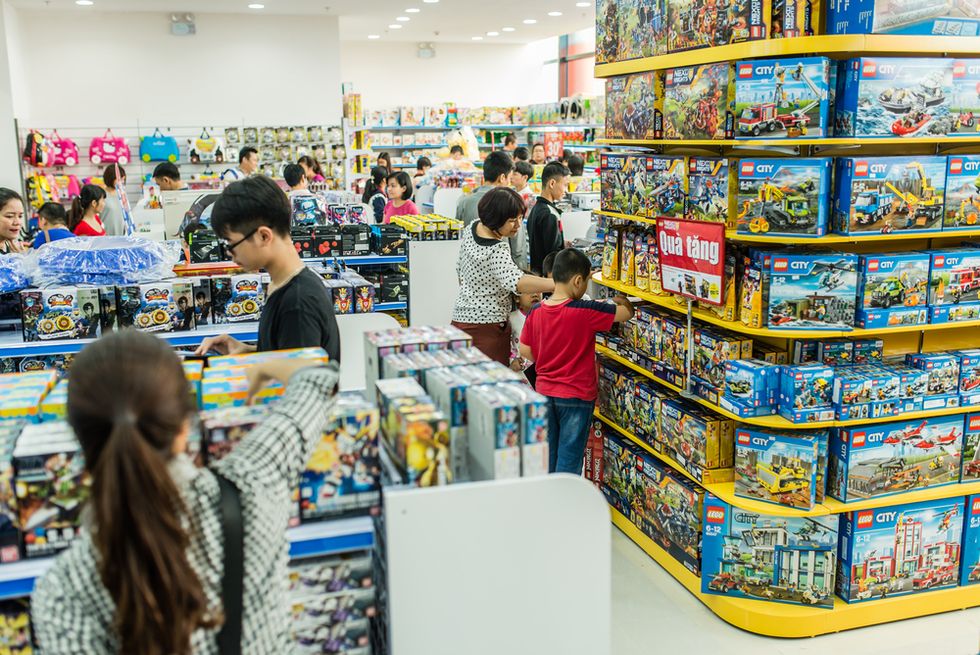 Children shopping at a Toys 'R' Us (Shutterstock).

Earlier this year, five young siblings witnessed a horrific shooting at a Fresno County prison -- and now the county is compensating them with a free toy shopping spree.

The Fresno Bee reports that "more than a dozen people, mostly Fresno County correction officers, met at the Toys 'R' Us store to greet the children" this week and to help them pick out whatever toys they wanted. Since the children arrived early at 7 a.m. before the store officially opened, they had it entirely to themselves for an hour.

The five children had been traumatized this past September when a shooting broke out while they were sitting in the lobby at the Fresno County Jail. An armed attacker entered the room and fired shots that injured two corrections officers and terrifying the children.

Fresno County Sheriff Margaret Mims said that the shopping spree was intended to help the children heal from the trauma of the incident.

"We’ll go shopping, we’ll get one or two things but something like this where they can just go and fill up their baskets and not think about a price," she told the Fresno Bee. "It’s so awesome to see their faces."