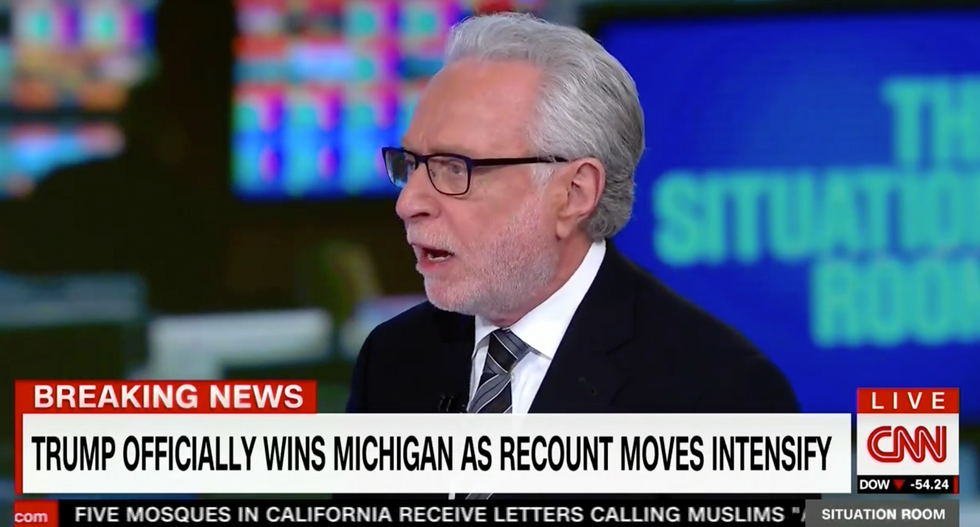 Sen. Chris Coons (D-Del) Monday engaged in a contentious back-and-forth with Wolf Blitzer pointing out the false equivalency between claims that both Donald Trump and Jill Stein are undermining the democratic process.

“Jill Stein is taking advantage of existing state laws that allow you to request a recount within a certain period and pay for the costs,” Coons told Blitzer, adding it’s “perfectly reasonable” for the Green Party candidate to request a recount, but ultimately unlikely to change the outcome of the election.

“On the other hand, President-elect Trump is undermining the whole confidence that the American people have in the election by recklessly tweeting that there are millions of illegal votes that have been cast, something for which there is no credible evidence,” Coons added.

Blitzer pressed Coons on whether Stein’s recount “undermines the credibility of this election.”

“If Hillary Clinton would have won, the Democrats were afraid that Donald Trump wouldn’t accept it, he would demand recounts and this would go on and on and on,” Blitzer said, insisting it sounds “hypocritical” for Democrats to support Stein.

“To be clear again, Jill Stein is taking advantage of an existing provision in law that allows you to  ask for a recount and pay for it within a certain period of time,” Coons countered. “Donald Trump is undermining the whole concept that this was a free and fair election by suggesting that literally millions of illegal votes were cast, for which there is absolutely no evidence.”

Blitzer said he’s “still having trouble understanding” why Democrats are agreeing with the recount, insisting they “would have been adamantly opposed to it if Donald Trump had lost the election.”

Coons said Stein is operating “within the boundaries of the law.”

“That’s following the law, that’s following our electoral process,” Coons added. “That’s not undermining confidence in the entire election across the country by spreading false rumors as president-elect Trump is.”