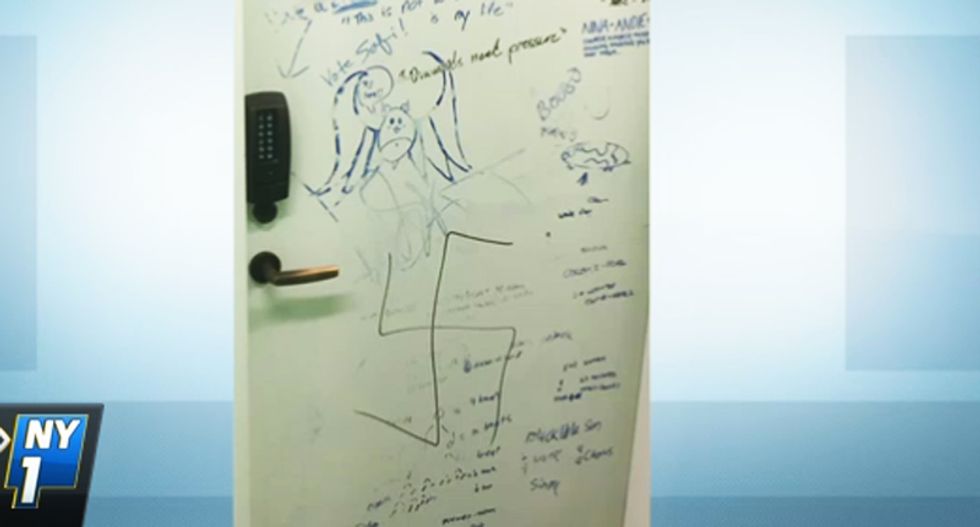 According to the father of one Jewish student whose door was defaced, his daughter has three roommates including one who is also Jewish and another who is Hispanic.

Although security scrubbed the offensive symbols off of four door, students at the school are not taking it lightly.

"It just shows that this can happen anywhere," said student Nina Houghton. "Hatred is rampant. Anyone can be a victim of it."

"I think more than anything it felt very violating and personal because it happened in a space where we live, where we hang out, where we sleep," another student, Ashley Luna added. "It's the place where we're supposed to feel the most safe in the city while we're away from our families."

According to New School President David Van Zant, the school is taking extra precautions to keep students and staffers safe.