'Expect the worst': Turkish dissident explains how Erdogan's rule may be a blueprint for Trump 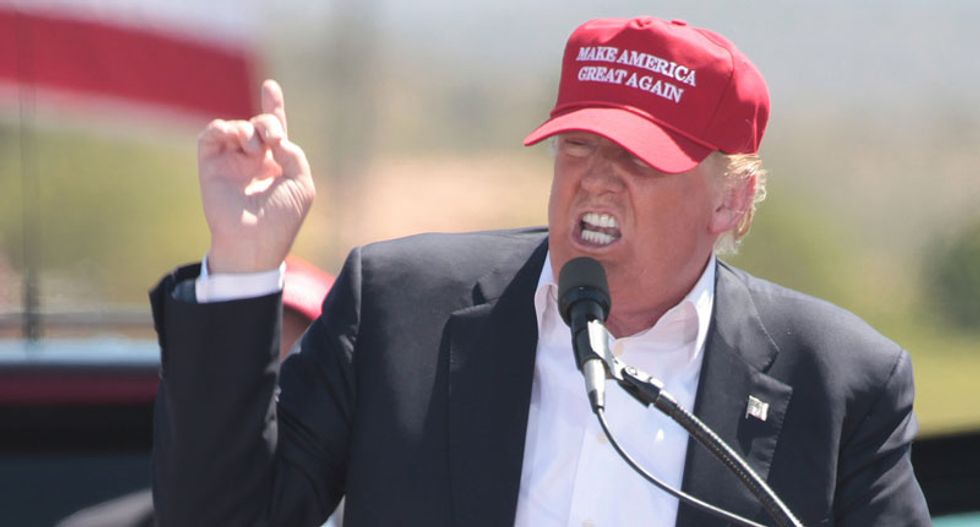 What happens when a right-wing authoritarian like Donald Trump comes to power?

N. Turkuler Isiksel, an assistant professor of political science at Columbia University who hails from Turkey, has first-hand experience witnessing authoritarian nationalist Recep Tayyip Erdoğan consolidate power. In an essay for Dissent, Isiksel explains how demagogic rulers like Erdoğan can quickly work to shut down opposition and stifle opposing views.

The good news, from her perspective, is that the United States has a long history of supporting both free speech and the free press, and its system of checks and balances makes it more difficult for someone like Trump to assume full control. That said, she thinks there are things that Americans need to watch out for and be prepared to fight in the coming years.

First, she says that we should not expect Trump to moderate his behavior when he's in office -- in fact, we should "expect the worst" and be prepared for him to behave truly outrageously.

"A presidential candidate who has uncontrollable fits of rage over perceived slights from a former beauty queen is likely to use every resource available to him to hound his enemies," she writes. "In the United States, those powers are formidable indeed, ranging from a nuclear arsenal to the boundless surveillance powers of the NSA."

Although the tradition of freedom of speech in the United States is strong, she thinks that a "bullying" press office under a Trump administration could sufficiently threaten the media into delivering favorable coverage.

While this is frightening, Isiksel believes that citizens are not completely helpless -- and that the proper way to fight against Trump in the beginning is to protest "early and often."

"Americans must tap into their rich and proud tradition of civic resistance, whose highlights are the twentieth-century civil rights movement and protests against the Vietnam War," she explains. "Civic action needs to begin now. We must claim public squares before Trump takes office, marching in droves and communicating a clear message that his brand of autocracy shall not pass."

One of Isikel's most intriguing ideas is the need to reach out to people who may not always agree with us and recruit them into resistance efforts. So for example, if you have a libertarian friend who hates Obamacare but who really cherishes the first amendment, you should encourage them to form an alliance of convenience if Trump threatens press freedom.

"This civic resistance must bring together not just progressives of all stripes—including Black Lives Matter activists, unions, and the climate justice movement—but also immigrants, LGBTQ people, conservatives, libertarians, religious groups, veterans, teachers, students, people of all faiths, races, and ethnicities; in short, all those who believe that political disagreements should only be resolved within the framework of constitutional democracy," she writes.

The entire essay is worth reading and can be found at this link.