Former CIA director says the Russians have a name for Trump: 'Useful idiot' 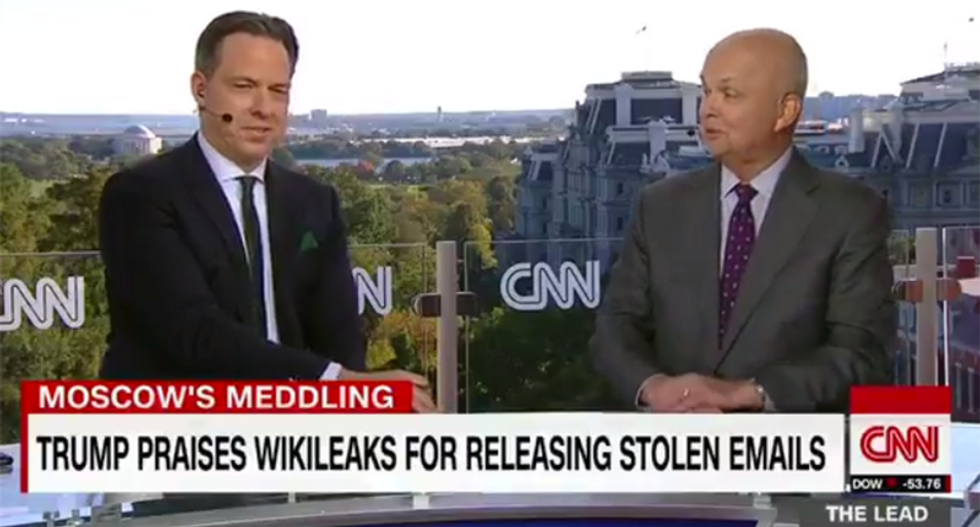 Asked by CNN’s Jake tapper about an op-ed written by former CIA deputy director Mike Morell that referred to Trump as an unwitting agent” of Putin, Hayden declined to use Morell’s description, opting instead to launch into a description of his own.

“There’s a phrase in Russian espionage-lore about ‘useful idiots’: people who don’t know what they’re doing but then do things that seem to fit what the Russians would like them to do.” Hayden said.

“Are you calling Donald Trump a useful idiot,” Tapper asked.

“I did not, I did not,” Hayden said. “I simply referred to what the Russians have a reference to.”

“You seem to be... implying it,” Tapper interjected, as Hayden laughed.

“But he is doing things,” Hayden continued. “He’s refusing to criticize Putin, he doesn’t talk about Putin and the Ukraine. Let me get down to a really basic thing that had to contradict what he got in his intelligence briefings. He said ‘the Russians are fighting ISIS,’ no they’re not—the Russians are bucking up the Assad regime, they are not fighting ISIS.”

Watch the video below, via CNN.