Fox legal analyst: Trump should push for prosecution of Clinton now that she joined the recount 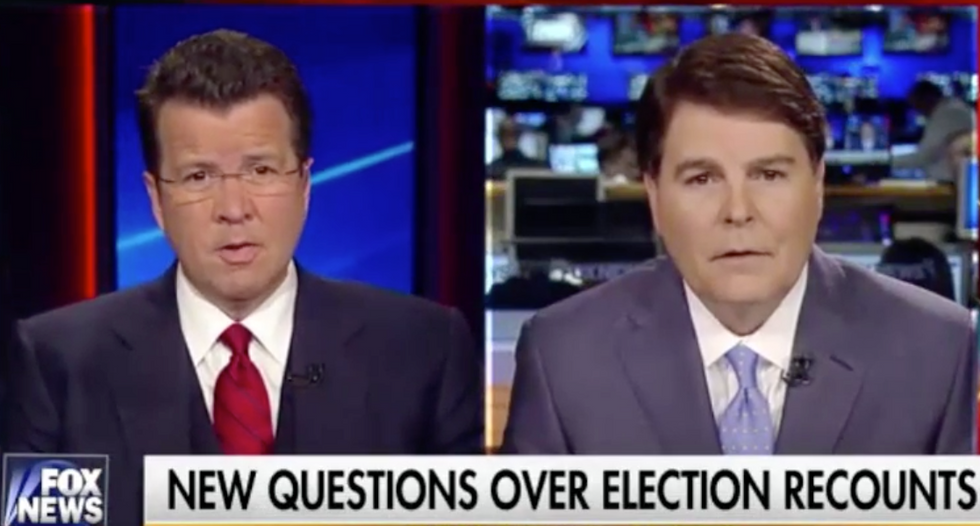 Fox News host Neil Cavuto Tuesday floated the notion that Donald Trump might push to prosecute Hillary Clinton in retaliation for her participation in Jill Stein’s recount, asking Fox legal analyst Gregg Jarrett if the former Democratic candidate “squandered her get out of jail free card.”

“Well everybody who’s ever played the game Monopoly knows when you get that get out of jail free card, you hang on to it,” Jarrett replied, adding it was “amazing” that Trump gave her “one of those cards” on election night after her “gracious and magnanimous” concession speech.

“Think about it Neil,” Jarrett continued. “She’s got this get out of jail free card, so what does she do? She squanders it. She wastes it. She does the one thing guaranteed to antagonize Donald Trump and that is to join the recount effort.”

“With a wave of his hand, he can signal to his attorney general, you know what? I’ve reconsidered yet again,” Jarrett added, noting Trump’s AG pick Sen. Jeff Sessions (R-AL) will likely pursue a criminal case.

Cavuto said it’s “interesting” that Clinton joined considering the recount would have happened with or without her help.

Jarrett responded that the effort is “futile” and “devoid of common sense and good judgement,” insisting “there is no proof” that hacking impacted the election.

“She wasted her get out of jail free card for what? For nothing,” Jarrett continued.

Jarrett isn’t the first person to suggest Trump could prosecute Clinton in response to her joining the recount effort. On Monday, Roger Stone said Clinton “increases her chances of prosecution by acting this way,” adding—without proof—that “we have to presume” the money for the recount came from billionaire George Soros or Clinton herself.