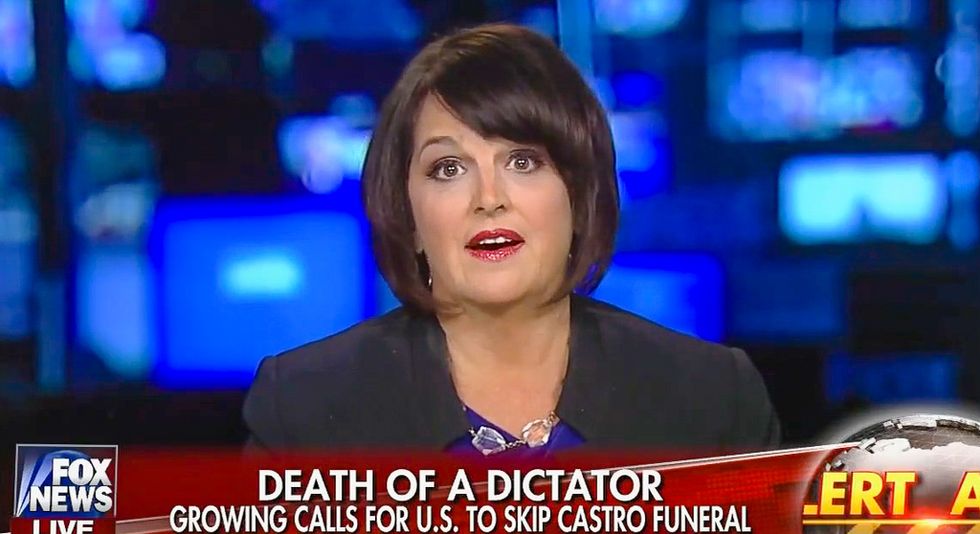 Kristina Arriaga, an advocate for so-called "religious liberty," asserted over the weekend that President Barack Obama should send the surgeon general of the United States to Fidel Castro's funeral.

Just hours after the news of Castro's death, Republicans began calling for U.S. officials not to attend the funeral.

But during a Sunday appearance on Fox News, Arriaga disagreed. She argued that Obama should send U.S. Surgeon General Vivek H. Murthy as a ploy to verify the former dictator's death.

According to Arriaga, sending a high level dignitary "would be honoring the man who has executed, tortured, incarcerated a larger percentage of the population than Stalin did."

"However, we Cuban Americans believe in trust but verify," she continued. "If I were the president, I might consider sending the surgeon general -- just to make sure Fidel Castro is really dead."