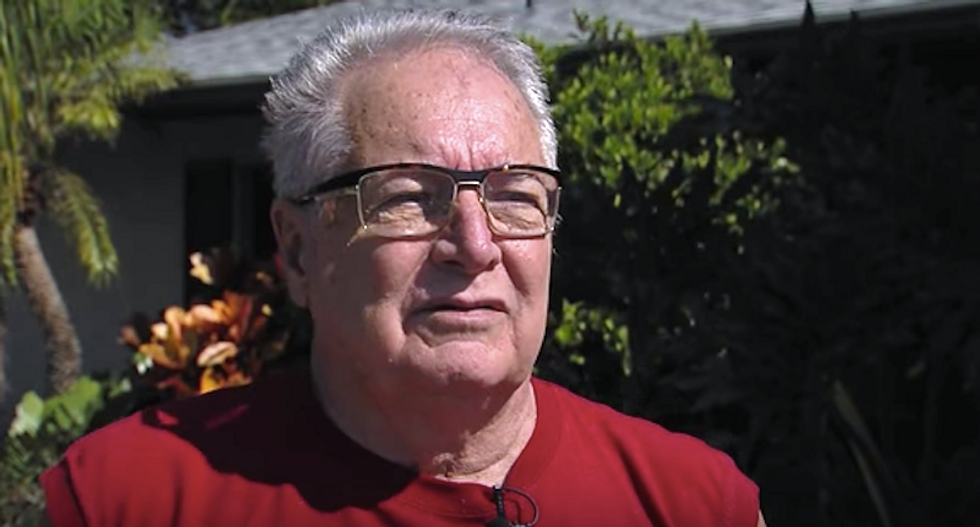 A gay Florida man said he was stalked and attacked by a man who claimed he was inspired by Donald Trump's election.

Chuck Redding noticed an SUV tailing him after dropping off a friend, but he realized something was wrong when the dark-colored Jeep Cherokee crept closer as he turned onto his street in Sarasota, reported WFTS-TV.

The 75-year-old, who thinks he was targeted because of the pro-LGBT bumpers stickers on his car, parked in front of a neighbor's house -- and that's when the other driver confronted him.

The man, who he described as a Hispanic man with a beard, started banging on Redding's car window and then attacked him.

"He yanked the door open, dragged me out, ripped my shirt -- I was on the pavement," Redding said.

Redding suffered cuts, bruises and abrasions in the attack, which the assailant linked to Trump's election.

"He kept saying, 'You know, my new president says we can kill all you f*ggots now,'" Redding said.

Redding said he's never been harassed or attacked for being openly gay, but he and some friends have decided to obtain concealed carry permits as protection.