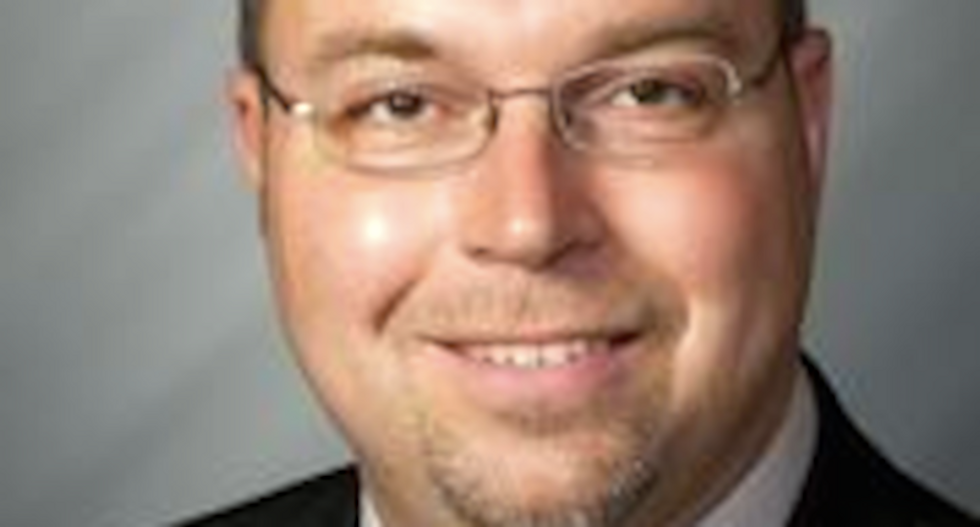 An Indiana Republican will introduce a bill that would outlaw and criminalize all forms of abortion in the state.

State Rep. Curt Nisly (R-Goshen) said he would file "Protection at Conception" legislation when the General Assembly returns to session in January, reported the Indianapolis Star.

The bill would authorize prosecutors to file criminal charges against anyone who participates in an abortion procedure and require doctors to attempt to save the life of a mother and child in potentially fatal, high-risk pregnancies.

Conservatives emboldened by Donald Trump's election victory are rallying behind Nisly's measure, which would almost certainly be declared unconstitutional.

“My position is that the Supreme Court is wrong with Roe v. Wade, and they don’t have jurisdiction in this manner,” Nisly said, “This is the state of Indiana asserting the powers that are given to them, specifically in the 9th and 10th Amendments of the U.S. Constitution.”

But the measure is so extreme that some anti-abortion groups, such as American Family Association of Indiana and Indiana Right To Life, have not offered their endorsement.

Former Indiana Gov. Mike Pence, who was elected vice president as Donald Trump's running mate, signed one of the nation's strictest anti-abortion measures last year -- but a federal judge has since suspended the law from taking effect because it would likely be found unconstitutional.

Trump said Sunday during a "60 Minutes" interview that abortion should be decided by state legislatures.

Anti-abortion activists like Amy Schlichter, who pushed for a ban last year on abortions when a fetus has a detectable heartbeat, said they're hoping Trump will change the makeup of the Supreme Court by the time Nisly's measure could be heard.

"It’s time that Indiana understands that our legislators are not doing all they can to stop abortions in our state," Schlichter said. "I think it's time for bold leadership — period."