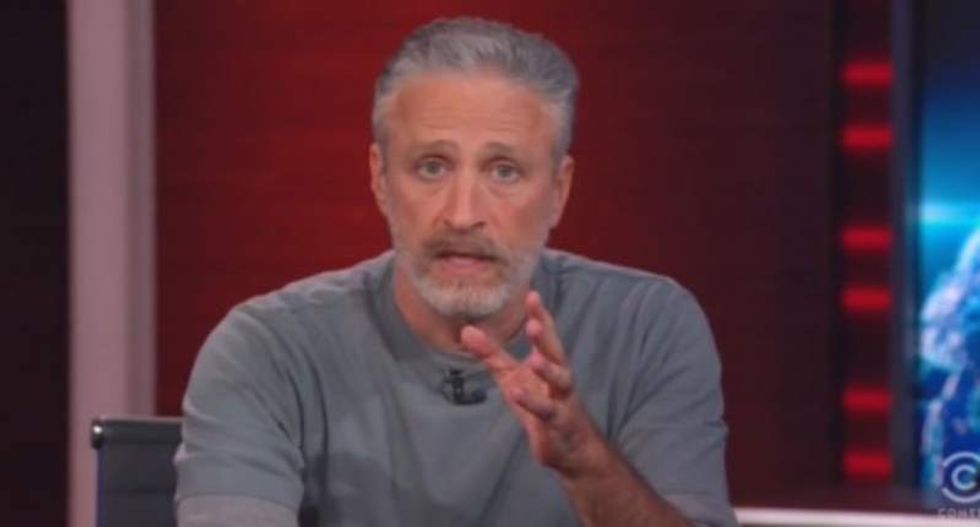 Aside from a few cameos on his friends' shows, Jon Stewart's voice has been largely removed from the political narrative since his 17-year tenure on the "Daily Show" ended. Luckily, disgruntled progressives seeking his voice can look forward to his new show beginning on HBO in 2017.

"He really is putting together a whole animation studio," HBO’s programming chief Casey Bloys told Entertainment Weekly. "My hope is that it’s up and running and putting out content in first quarter of ’17. Does the election change things? I think it’s more important, now more than ever, that we have voices like that who will parse the information and call out what’s going on."

Just months after leaving the "Daily Show," Stewart signed a 4-year, multi-platform contract with the network, but it wasn't ready in time for the election. Though, CEO Richard Plepler was "hopeful" they could get it up in time.

“It is a perfect example of bringing a remarkable original voice into the house, giving a new opportunity of expression to that original voice and saying, ‘We now have the flexibility to let you paint however you want to,'” Plepler said. “My hunch is it will evolve over time. It will iterate over time. He has free reign to do whatever he wants.”

The new show required Stewart to take on the ambitious task of assembling an animation studio. HBO acquired the animation company OTOY in April, according to QZ.

The absence of Stewart's voice during the election was lamented by many comedy fans, who have seen new host Trevor Noah to be a disappointment. It did help propel Stewart's protegees, Samantha Bee, Larry Willmore, Stephen Colbert and John Oliver to successful seasons. Stewart's style of political accountability through comedy was adapted somewhat by Seth Meyers, who used his "Closer Look" segment to explain complex political issues nested in a comedy talk show.

HBO hasn't officially announced the premiere date, but they anticipate it'll begin in the first quarter of 2017.