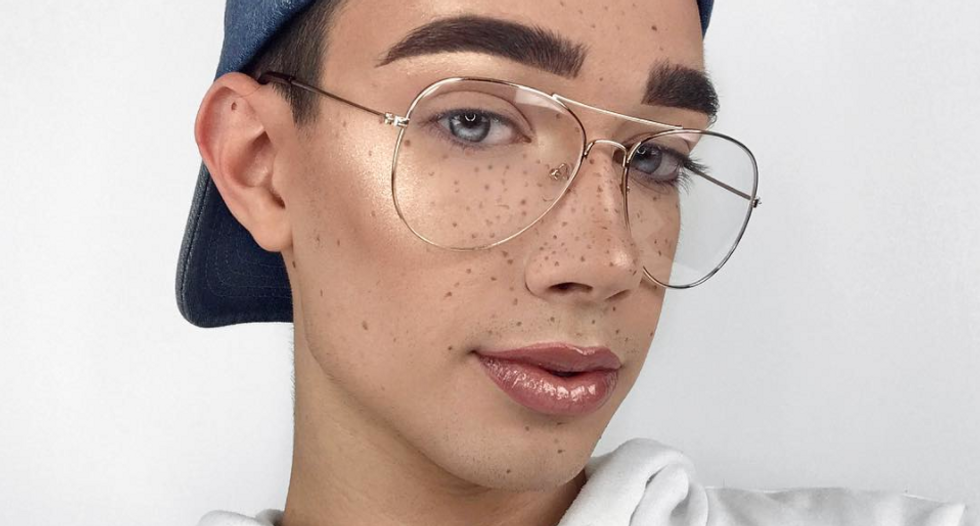 When 17-year-old James Charles was named the first male ambassador for CoverGirl this month, the company’s message was simple: “All of our CoverGirls are role models and boundary-breakers, fearlessly expressing themselves, standing up for what they believe and redefining what it means to be beautiful,” the makeup brand said in a press release. “James Charles is no exception.”

But one mother did take exception to the brand’s inclusive message, penning an article for the Homeschool Conservative lamenting the impact a male CoverGirl had on her 6-year-old son.

“Both of us were caught off guard, we didn’t know how to answer,” Sarah wrote. “I don’t know why, but the most logical thing we could think of at that moment was to say, ‘No, that’s a girl.’”

When it became apparent that Charles is in fact a male, she told her kid, “Daddy doesn’t wear makeup because makeup is for girls.”

“Well why is that boy wearing makeup?” her son pressed Sarah wrote about the “moral dilemma” generated by her child’s inquisitive nature:

“Do I lie to my son? Or do I tell my 6-year-old my full opinion? I thought about lying and saying, ‘That’s how his eyes really look.’ Or, do I tell the truth and have a deeper discussion with him? Maybe, ‘That’s the way his mommy and daddy chose to raise him. But, that’s not the way we are choosing to raise you.’

Does a parent end it there? Or continue to say, ‘That is sinful and wrong. He shouldn’t be doing that, and his parents are wrong.’”

Sarah wrote it’s “a shame” she and her husband cannot “take [their] eyes off our son for a single second.”

Sarah said she’s now forced to find a new makeup brand because she “can’t support” CoverGirl’s latest GoverGirl. She noted that the company’s decision to include a male in makeup makes her “hesitant to let [her son] go over to a friend’s house.

“Our world is headed in a direction where my 6-year-old son is having to grow up so much faster than I want him to,” Sarah wrote.