Internet pans Trump's Ben Carson HUD pick: 'The guy didn't know if the campaign he ran was a scam!' 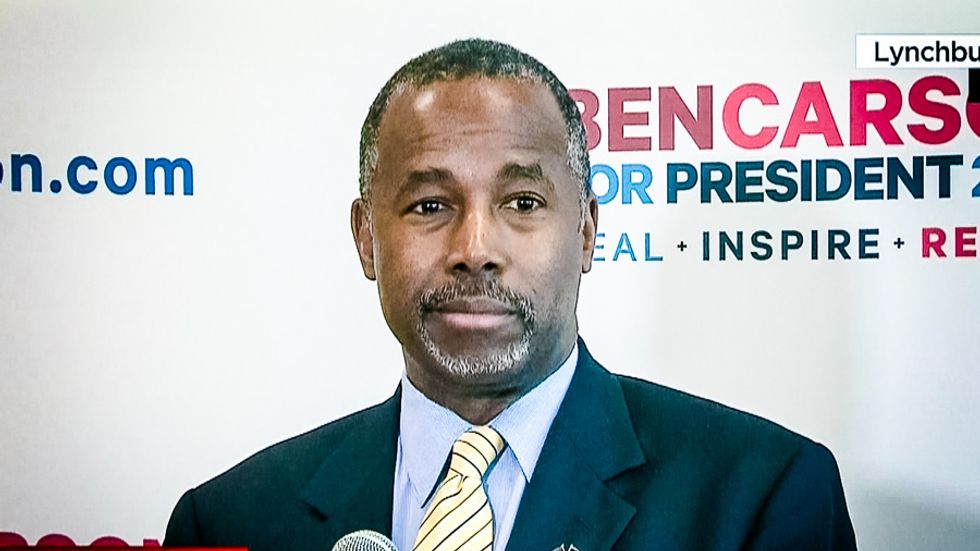 It looks like Donald Trump has tapped Dr. Ben Carson to head up the U.S. Department of Housing and Urban Development -- and the internet is not pleased.

Minutes after it was reported that Trump had offered Carson the job to head up HUD, critics on Twitter noted that Carson has no experience in the realm of housing development and that his experience as a surgeon might have made him better suited for a position such as Surgeon General.

More broadly, some critics said that Carson just isn't fit for any cabinet position -- especially since Carson's own spokesperson said just last week that Carson is not qualified to run a government agency.

And as conservative pundit Amanda Carpenter notes, Carson said earlier this year that he believed that his own campaign may have just been a massive scam used by conservative consultants to line their pockets with money from gullible donors.

More choice reactions to the Carson pick follow below.

@RealClearNews @rcpvideo Is this a different Ben Carson than the one who said he wasn't qualified to run a federal agency?
— Mariska (@Mariska) 1479920235.0