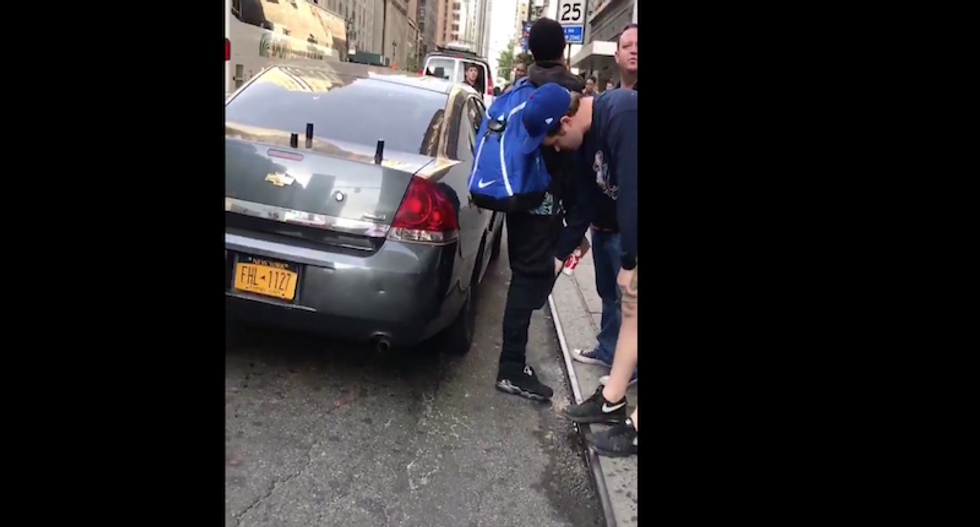 The tweet read, "Welcome to being black in Midtown Manhattan... @NYPDnews I was there - no reasonable suspicion..." The video shows a boy on the street-side standing as an officer searches his pants pockets.

What's especially important, as Franks notes, is there was no reasonable suspicion.

A New York Civil Liberties Union study found that since 2002, New York residents have been stopped, searched, and interrogated by police in the street over 5 million times.

The organization also found that black and Latino individuals are more likely to be targeted by this particular policing tactic.

While the prevalence of the practice has declined since 2012, the NYCLU found that between January and June 2016, New Yorkers were stopped by police 7,636 times. Seventy-seven percent of targets were innocent, 53 percent were black, 30 percent were Latino, and just 11 percent were white.

The 2013 case, Floyd vs. City of New York questioned whether the use of stop and frisk practices in New York City between 2004 and 2012 was constitutional.

Finding that "statistical and anecdotal evidence showed that minorities are indeed treated differently than whites," as Judge Shira Scheindlin wrote in her opinion, the practice was deemed a violation of the 14th Amendment.

Despite this 2013 decision, it appears that the racial policing practice of stop and frisk remains alive and well in the city of New York.