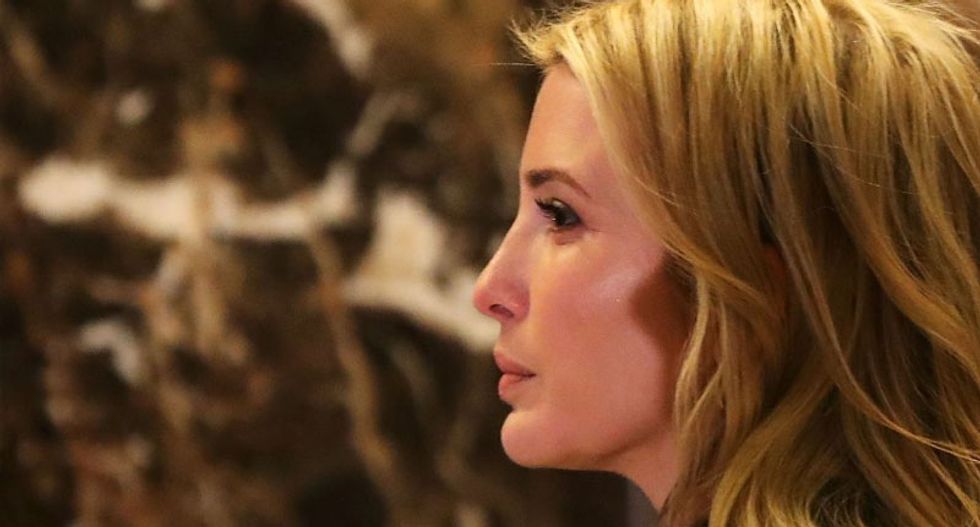 Ivanka Trump, The Trump Organization's vice president of development and acquisitions, and her two brothers, vice presidents at the conglomerate, have been called upon to manage their father's fortune and affairs during his tenure at the White House (AFP Photo/Spencer Platt)

Donald Trump's daughter Ivanka, accused of a potential conflict of interest as she helms her own brand while making frequent appearances with her president-elect father, is separating her business and personal social media accounts.

In a "letter" that appeared Tuesday on her Twitter and Instagram feeds, the businesswoman's team said that her existing @IvankaTrump accounts -- which have 2.4 million and 1.9 million followers, respectively -- will now be for "personal" use.

All information related to her clothing and jewelry brands, meanwhile, will appear on @IvankaTrumpHQ accounts.

"As a private citizen, with full awareness of her heightened visibility, she will broaden her efforts to take a stance on issues of critical importance to American women and families," the statement said.

"Our company's mission is not political -- it never was and it never will be -- however, Ivanka, personally, has an increased opportunity to advocate for women and be a positive force for change," it added.

Ivanka Trump, The Trump Organization's vice president of development and acquisitions, and her two brothers, vice presidents at the conglomerate, have been called upon to manage their father's fortune and affairs during his tenure at the White House.

She stirred controversy when images released by the Japanese government showed the 35-year-old and her husband, real-estate developer and publisher Jared Kushner, standing and chatting with Prime Minister Shinzo Abe when he met with the president-elect at Trump Tower in Manhattan last week.

She also participated in a telephone conversation when Argentina's President Mauricio Macri called her father, although the head of Argentine diplomacy has assured that she and the president only exchanged pleasantries.

Donald Trump has also indicated that his son-in-law, Kushner, who is largely absent from social media, could help broker a deal to bring peace between Israel and the Palestinians.

Kushner is from an Orthodox Jewish family. The businessman and investor was a close adviser to Trump during the election campaign.