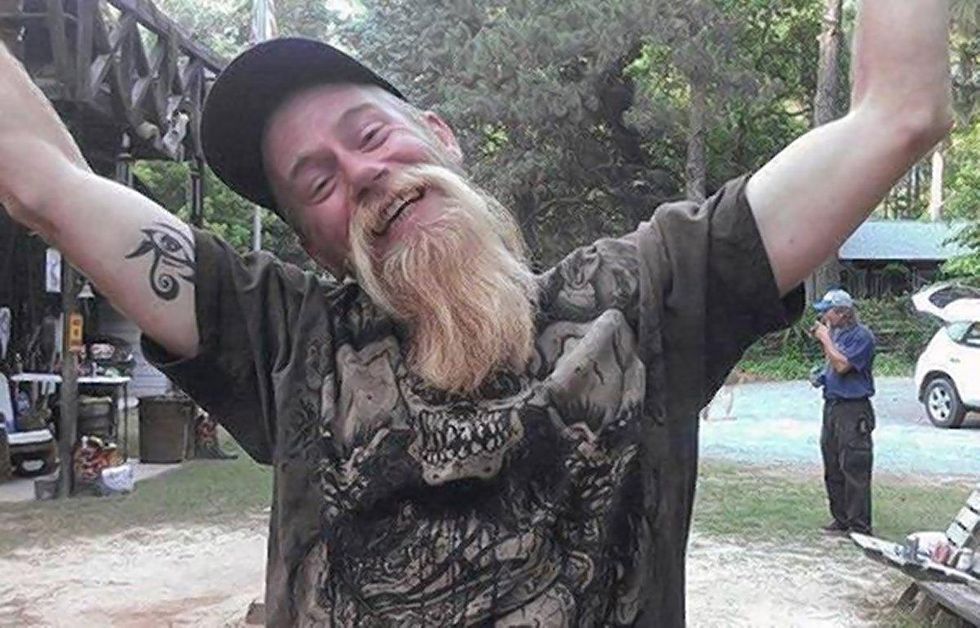 John Livingston of North Carolina was shot to death by Deputy Nicholas Kehagias in Nov. 2015 (Family handout via NYDN)

A group of sheriff's deputies who killed a man during a warrantless search last year privately called themselves "the KKK" and had a long record of harassing and abusing the public.

The New York Daily News reported Thursday that the family of John Livingston, 33, of Lillington, North Carolina is suing six members of the Harnett County Sheriff's Department over Livingston's shooting death at the hands of Deputy Nicholas Kehagias in November of 2015.

According to the lawsuit -- which has now been joined by five other parties -- Kehagias, Deputy Brandon Klingman and Deputy John Knight called themselves "The KKK" and formed a kind of "fight club" gang that terrorized citizens and frequently broke the law.

Livingston's death was the subject of a grand jury investigation which declined to bring charges against Kehagias, in spite of a long record of violations of police procedure on the deputy's part.

In addition to the suit, the U.S. Justice Department has opened up a federal investigation of the sheriff's department over potential violations of the Constitution's protections against illegal search an seizure as well as excessive force and unlawful entry -- violations of the Fourth Amendment.

Plaintiffs argue that the sheriff's department "knew or should have known" about the campaign of violence and intimidation being waged by the gang of deputies. They argue that if proper action had been taken over Kehagias' multiple discipline problems, then Livingston would still be alive.