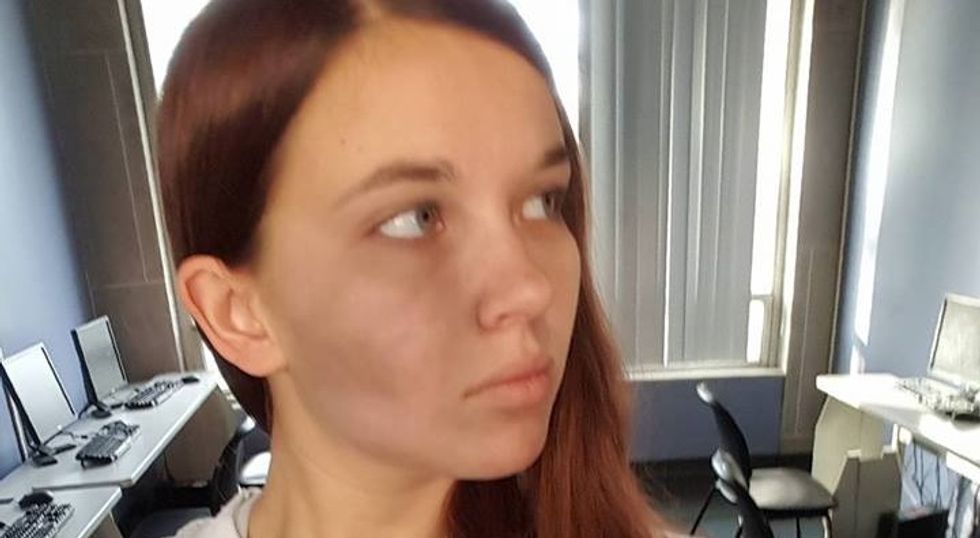 Brittany Daughenbaugh, who claims she was assaulted by two Trump supporters, shows off bruises on her face (Facebook photo).

A student at Capital University claims that she was attacked by two Trump supporters last week -- and she says they used their candidate's fondness for grabbing women without permission as justification.

The Columbus Dispatch reports that student Brittany Daughenbaugh has told police that she was out for a walk and playing Pokemon Go on Thursday evening when she was accosted by two men who grabbed her by the arm.

"While these men were making the decision to violate my being, they were laughing and shouting," Daughenbaugh wrote in a Facebook post.

"Don't you worry, honey," one attacker allegedly told her. "President Trump says this is OK."

They then proceeded to punch her in the face and knock her to the ground, where she blacked out after her head hit the pavement.

Police in Bexley are investigating the alleged incident and are looking for two white men in their late teens or early 20s. Daughenbaugh told authorities that one of the men was dressed in a Trump-Pence sweatshirt, while the other wore a "Make America Great Again" hat.

"I don't know what is better, that this is something they would have done anyway, or they were empowered to do it by his election," she told the Dispatch.

Daughenbaugh sought treatment at a nearby hospital, where she was found to have a minor concussion, along with a bruised face and ribs.