'Like a sad game of Where's Waldo': Internet mocks GOP for touting unity with 'whitest selfie ever' 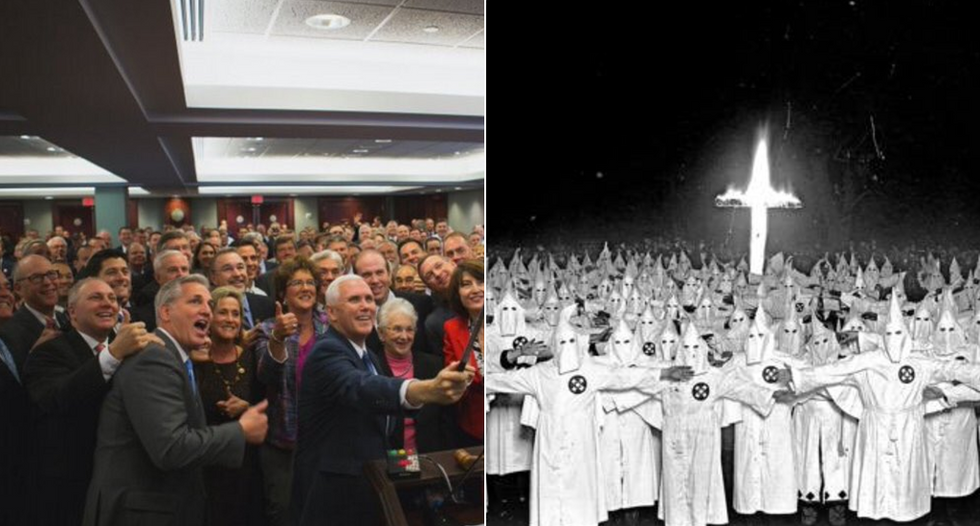 House Republicans and the KKK (Twitter/Screengrab)

Mike Pence spoke with House Republicans Thursday, promising to act as a liaison between Donald Trump and the legislative chamber he belonged to for 12 years.

After receiving a standing ovation from his ideological equivalents, the Republican nominee gathered his selfie stick and his loyal band of legislators to immortalize the Republican party’s newfound unification:

Some observant people on Twitter noticed the House Republican party's selfie looked eerily similar to the final scene in Stanley Kubrick’s adaptation of the Shining:

Others noticed an even more appropriate cultural and historical reference:

But nearly everyone noticed that, much like Speaker of the House Paul Ryan’s July photo of himself in a room full of white interns, there were virtually no people of color represented in a “UNIFIED” GOP: