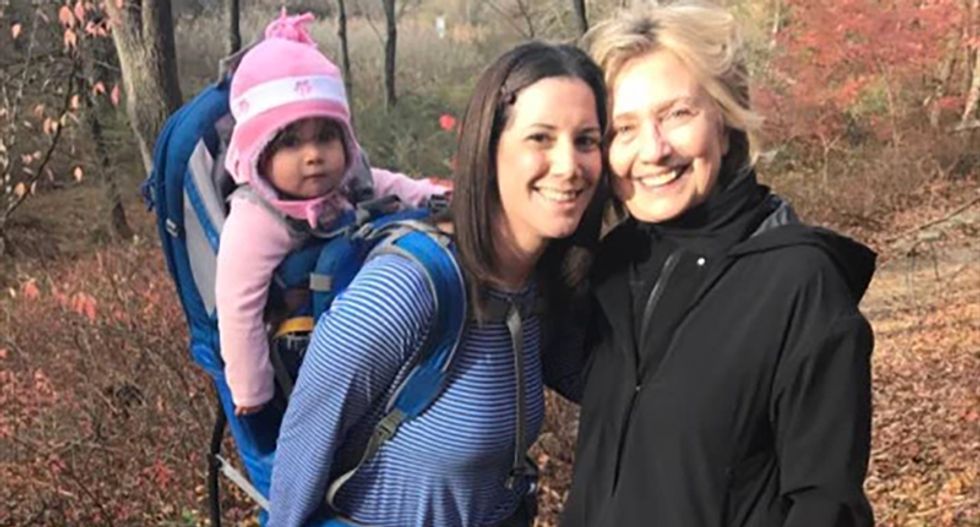 There have been so many cases of assault, bullying, vandalism or racist graffiti that Raw Story can barely keep up.

The latest victim is the mother who was hiking in the woods with her baby when she ran into Bill and Hillary Clinton walking their dog. Margot Gerster posted a snap of her chance meeting with the Clintons and posted it to Facebook.

That was all it took for the alt-right to attack. Since the photo has gone viral, she's been getting death threats and really wants the story to just "go away."

Gerster declined to say whether she reported the threats, but local police say that there haven't been any reported.

The threats likely came from the rumor that Gerster staged the whole thing as part of the Clintons' attempt to build their image after the election loss.

The 30-year-old mother maintains it was a coincidence. "It was very random. In 100,000 years, I would have never expected running into Hillary Clinton in the woods," she previously told the Post. "It was a very positive experience for me and a lot of other people. That's why I posted it."

Gerster said that she'd met Clinton before when her mother hosted a fundraiser for Clinton's Senate bid 15 years ago.