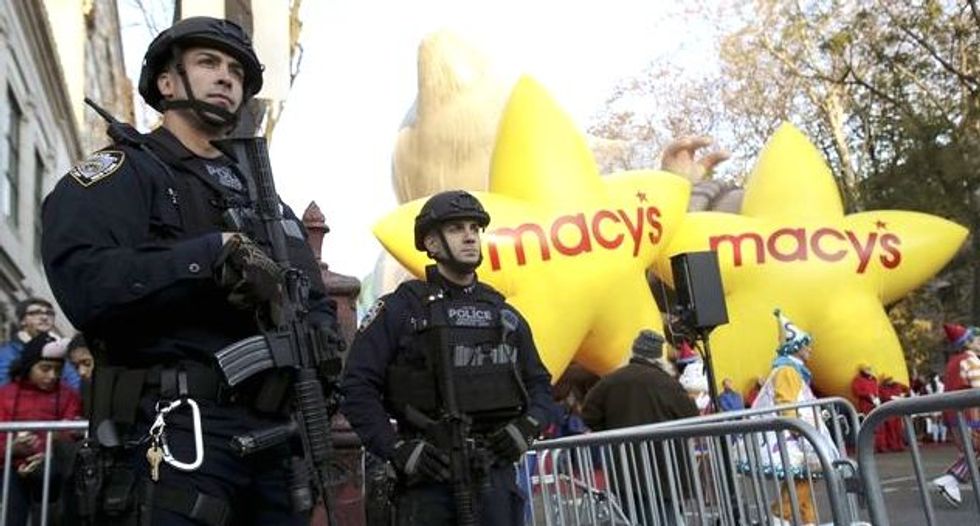 New York City police sought to reassure residents and tourists on Monday that they would be safe attending the city's Thanksgiving Day parade despite the militant group Islamic State calling on its followers to attack the event with trucks.

The largest U.S. city has prepared for such attacks in the past and will be prepared again, John Miller, deputy police commissioner for counter-terrorism, said at a news conference.

"Come to the Thanksgiving Day parade. Have a good time. Bring your family. I always go. I always bring mine," he said.

The holiday celebration, featuring enormous balloons shaped like cartoon characters high above Manhattan, is scheduled to be broadcast nationwide the morning of Nov. 24.

Islamic State, in the latest edition of its online magazine Rumiyah, suggested that readers use motor vehicles to kill and injure people.

The article was accompanied by photos of rented moving trucks and of the Macy's Thanksgiving Day Parade, which the magazine called "an excellent target."

"What you see is the psychological warfare of printing materials that indicate, 'Be afraid, be very afraid.' We never accede to that," Miller said.

New York police speak regularly with companies that rent trucks, and they use vehicles to block certain roads at large gatherings such as the Thanksgiving Day parade, Miller said.

Security authorities have been on alert for truck attacks since Bastille Day this year, when a delivery man plowed a refrigerator truck into a crowd of revelers in Nice, France, killing 84 people and injuring hundreds more.

Islamic State, which controls swathes of Iraq and Syria and seeks to inspire attacks by others abroad, claimed responsibility for the July 14 attack.