'N****rs' slur defaces MLK Center in Spokane: 'Do not pretend that these are isolated incidents' 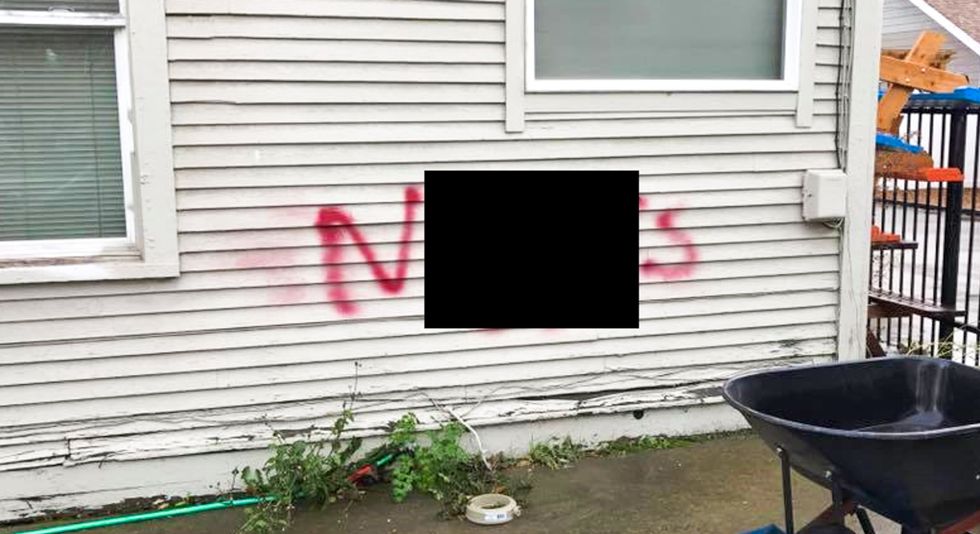 The Spokesman-Review reported that staff on Tuesday found the vandalism when they arrived for work at the Center, which provides education and other opportunities for children and families.

The N-word was painted on one wall of the building. Graffiti was also found on a van, but the writing was not legible.

City Council President Ben Stuckart visited the Center on Tuesday after learning about the incident. He called the attack a "hate crime."

“It looks like they practiced on the van before they painted on the wall,” Stuckart told The Spokesman-Review.

In a post on Facebook, Stuckart encouraged residents to participate in a noon gathering at the Center.

"I never want to hear 'let it go' or 'get over it' again," he wrote. "Last week's election gave people permission to act like this. Do not pretend in your bubble that these are isolated instances."

Update: According to KHQ's Katie Chen, police are investigating the incident as a hate crime.