Obama 'pardons' one last turkey ahead of Thanksgiving holiday 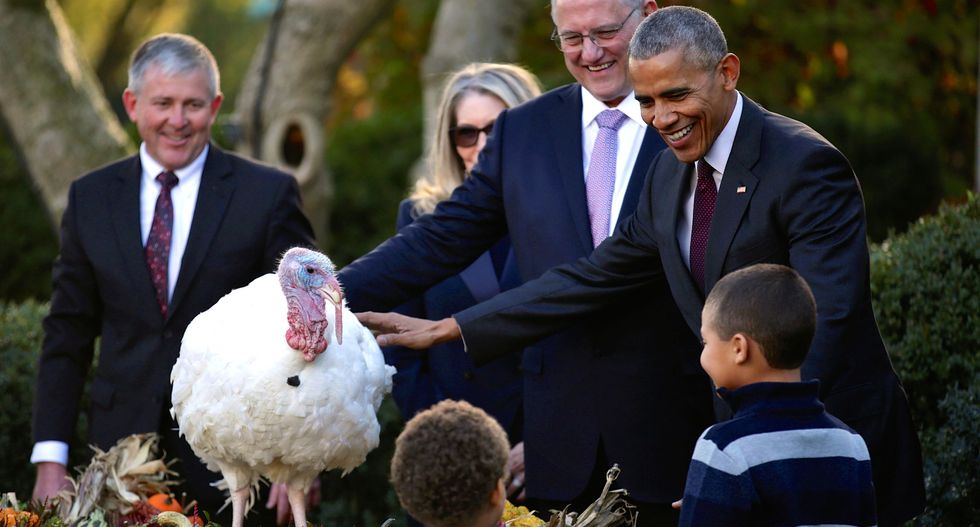 Barack Obama pardoned his last turkey as U.S. president on Wednesday, but his daughters should beware: he plans to continue the tradition as a private citizen.

Obama, who leaves office in January, has followed the annual tradition of "pardoning" a turkey every year ahead of the Thanksgiving Day holiday, which many Americans celebrate with a turkey dinner.

His daughters, Malia and Sasha, often join their father for the tongue-in-cheek Rose Garden Ceremony.

"Of course, Thanksgiving is a family holiday as much as a national one. So for the past seven years, I've established another tradition: embarrassing my daughters with a corny-copia of Dad jokes about turkeys," Obama said.

"This year they had a scheduling conflict," he deadpanned.

The president was joined in the Rose Garden by his nephews instead. He joked that he planned to keep up the tradition during his post presidency.

After finishing his remarks, filled with puns, the president blessed a 40-pound (18-kg) fowl from Iowa, granting it a long life and a pardon from appearing on an American dinner table. A backup turkey also had its life spared. Their names: "Tot" and "Tater."