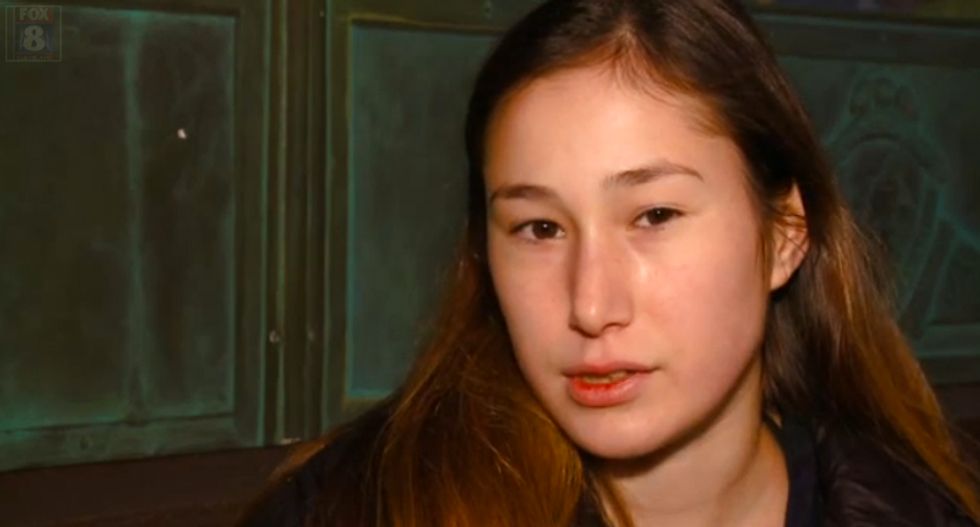 Two Ohio high high school students, who called out a classmate's racist comments online, have been suspended by the school for causing a "disruption" while the creator of the comments suffered no consequences, reports Fox8 Cleveland.

According to Shaker Heights High School junior Elena Weingard, a unidentified "former friend" posted derogatory comments on Snapchat about blacks at the school that she found offensive.

"It was the day after the election, my friend who is no longer my friend put on a snap story about black people," Weingrad explained, saying she took screen-grabs of the comments -- which disappear after being viewed -- and reposted them for others to see.

A friend of Weingard's, Myahh Husamadeen, saw the offensive comments and asked if she could post them on Twitter, and after tweets went viral is when the two teens got pulled into the school's office.

"I explained what happened to the vice principal," Weingard said before being told she was suspended because, "Basically, I'm at fault because I put a private message on a public forum."

More galling to the high school junior, is the fact that the teen who made the offensive remarks walked away without any disciplinary action.

"I understand I did put a private message on a public forum. And they said I opened her up to harassment. But I never intended for her to be harassed. I just wanted people to know that saying that stuff is not OK," Weingard said.

Watch the video below via Fox 8: