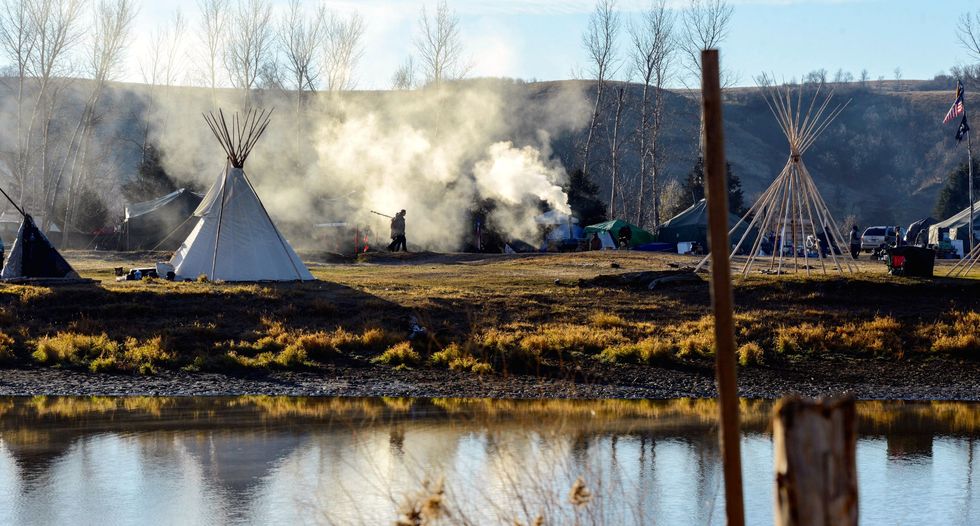 A person walks past smoke from a cooking fire at an encampment during a protest against the Dakota Access pipeline on the Standing Rock Indian Reservation near Cannon Ball, North Dakota, U.S. November 9, 2016. REUTERS/Stephanie Keith

Smoke was seen emanating from a large excavation vehicle and protesters had also climbed into other equipment, according to a Reuters witness. Two construction workers on the line were seen leaving the scene.

The Dakota Access Pipeline, set to run from North Dakota to Illinois, was delayed in September by federal authorities to re-review permitting under a federally owned water source near sacred tribal lands of the Standing Rock Sioux Tribe.

Energy Transfer Partners, which owns the line, was not immediately available for comment. They said Thursday that they expected a ruling from the U.S. Army Corps of Engineers "anytime" now.