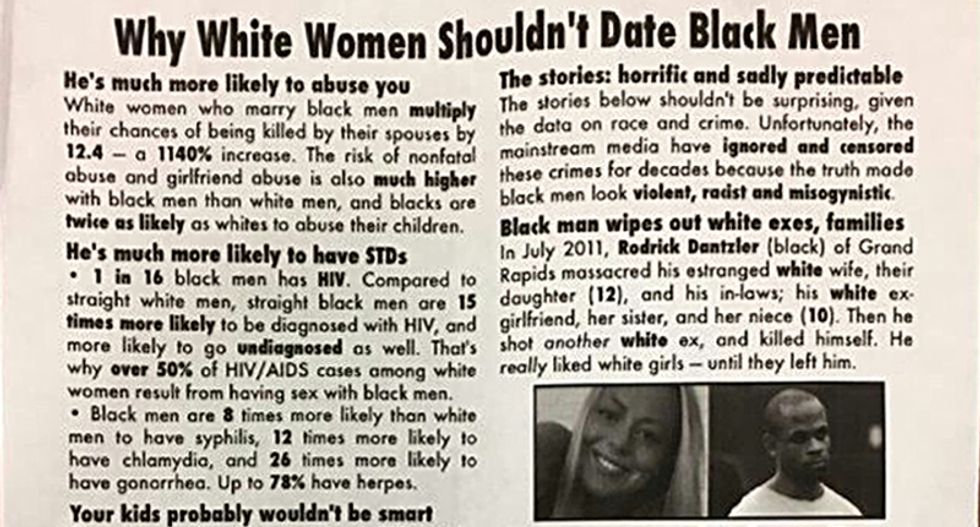 According to the fliers, black men are accused of being more likely to abuse you," and "more likely to have STDs," while warning, "Your kids probably wouldn't be smart."

At the bottom of the offensive flier, credit is given to the so-called "Alt-right," and provides a link to a men’s rights website.

"These messages have no place at SMU and are in opposition to SMU’s values and commitment to an environment free from discrimination," the university said in a statement Tuesday.

Screenshot of the entire flier below via SMU student Taylor Nickens. 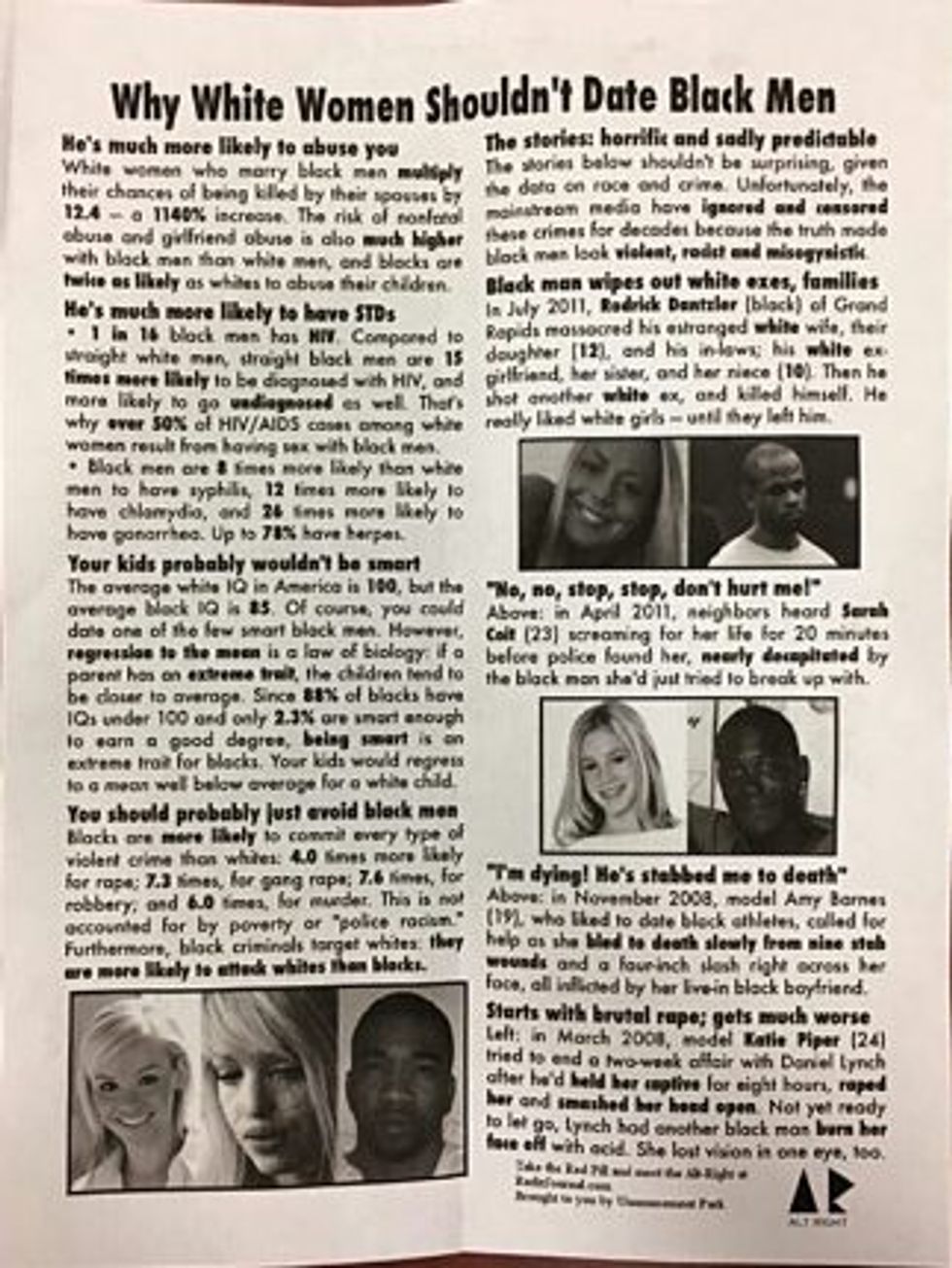