'Republicans are going to have egg on their face': Ana Navarro calls out GOP hypocrisy on Trump corruption 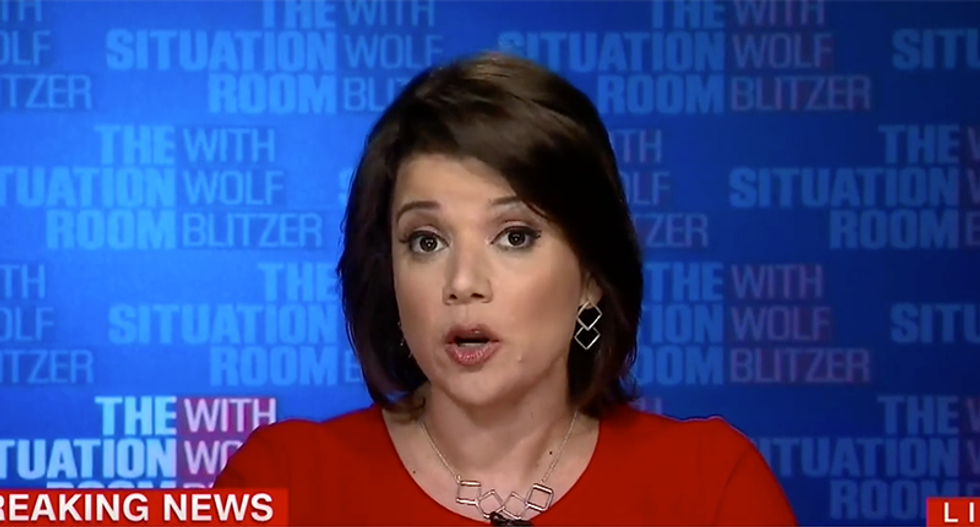 Republican CNN correspondent Ana Navarro is concerned that her party members are "going to have a lot of egg on their face" if they don't speak out about President-Elect Donald Trump's corruption after spending a year attacking Sec. Hillary Clinton.

"I think it creates a massive political problem, not just for Donald Trump but also for Republicans," Navarro said. "Republicans have honed in on the issue of conflict of interest with Hillary Clinton for years now. It has been something that we have hammered away over and over again, and which I think was very hurtful to Hillary Clinton."

Navarro noted that there were blurry lines with the Clinton philanthropic work and the political and business world and that Trump should face the same scrutiny.

"Donald Trump has to face the same exact scrutiny, if not tougher," she continued. "He is president of the United States. She was Secretary of State of the United States and a candidate. And I think Republicans are going to have a lot of egg on their face if they don't investigate, and they're not tough with Donald Trump as they were with Hillary Clinton, the candidate. I also think that it's going to be a steady drip, drip, drip, that the American public is not going to like. We've already seen a steady drip, drip, drip in the last two weeks and he's only been President-Elect for the last two weeks."

In the last few weeks, Trump's daughter Ivanka was in on a meeting with Prime Minister of Japan and president of Argentina. News today came out about Donald Trump Jr. having meetings before the election with the Russians about the war in Syria.

"We've seen the hawking of the Trump Hotel in Washington to foreign delegates," Navarro also noted.

Politics reporter Jeremy Diamond agreed it was concerning, but noted that Trump hasn't had to answer for any of these charges of corruption.

"Donald Trump has yet to have to actually answer to this report from The Washington Post regarding the disclosure his foundation made to the IRS," Diamond said. "Donald Trump, throughout the campaign, insisted he followed the letter of the law and clearly his foundation did not. And The New York Times meeting he had yesterday, he said he's already started in fact to reduce his involvement in his company and hand it over to his kids. But his kids are still very involved in his transition efforts. They were key advisers in his campaign. That's going to be perhaps the most difficult part for him to separate himself from. These are people, not only his children, but who he relied on for advice and counsel and who were movers and shakers in his campaign."

CNN's political analysis Ron Brownstein remarked that the GOP isn't "doing Donald Trump any favors by trying to sweep this under the rug."

"Imagine the analogous situation with Hillary Clinton, Chelsea Clinton being on phone calls," he noted. "Easy to imagine we'd be hearing from Jason Chaffetz and other congressional Republicans."

He continued, saying, "the odds are high that down the road there will be a bigger problem than we're seeing today and they're not doing any favors to him for allowing him to walk down this road."

Check out the full conversation below: