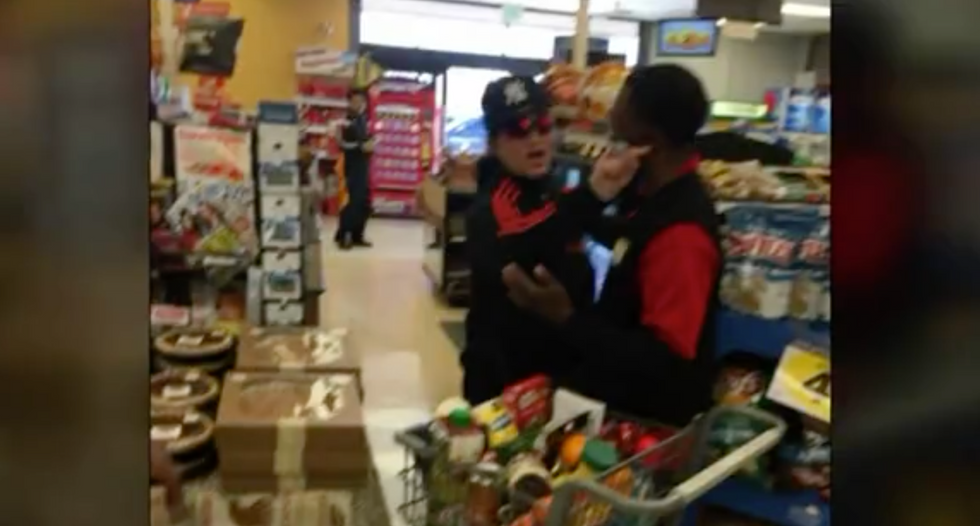 Shoppers at a Smith’s grocery store in Albuquerque, NM Thursday ran to the defense of a woman wearing a hijab as another female customer verbally accosted her, KRQE News 13 reports.

“I went down the aisle to go get sodas and then all of a sudden I hear somebody starting to yell at her,” Barney Lopez, who was grocery shopping for his evening dinner, told the news station. “They’re saying things like ‘Get out of our country, you don’t belong here, you’re a terrorist!’”

Lopez said shoppers converged on the scene to defend the woman wearing a hijab, with one employee positioning himself between the woman and her attacker.

“There was even another woman that like went over to the woman in the hijab and put her arm around her and gave her hug and held her while the Smith’s employees came,” he said, noting the other ‘employees shuffled the shouting lady out of the store.”

Lopez said the screaming woman remained in the parking lot, prompting the Smith employees to escort the woman in the hijab to her car.

“At the end, I felt like really hopeful and proud of the community that everybody banded together,” Lopez said.

Watch the video below, via KRQE News 13: